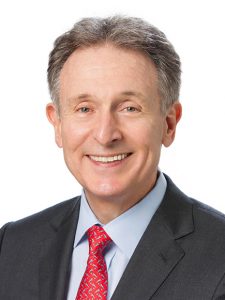 Don Kanak is the chairman of Prudential Insurance Growth Markets. He has lived and worked in Asia for 30 years. He also serves as chairman of the Prudence Foundation, chairman of the EU–ASEAN Business Council, and a senior fellow of the Harvard Law School Program on International Financial Systems. In 2011-2012, he chaired the World Economic Forum’s Insurance and Asset Management council, and he has served other WEF’s global councils, including councils on social security systems and on south east Asia/ASEAN. After graduate study in law and business, Kanak joined and later became a partner of an international management consulting firm and joined American International Group (AIG) in Japan in 1992. He worked at AIG until January 2006, ultimately serving as AIG’s executive vice chairman and chief operating officer. He is a member of the National Council of World Wildlife Fund (WWF) and a trustee of WWF in Hong Kong.