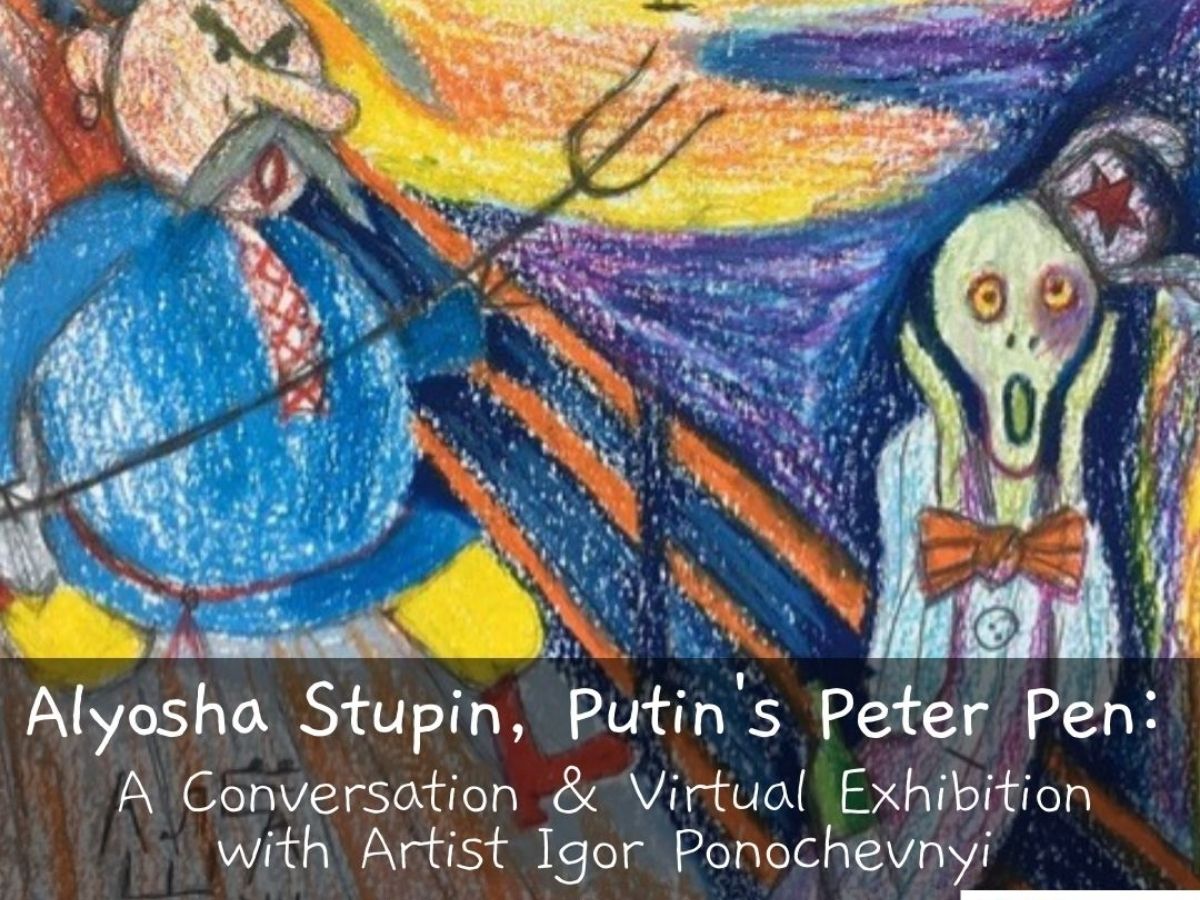 Alyosha Stupin is a seven-year-old Russian boy from Reutov, near Moscow, and he likes to draw. Alyosha’s drawings capture the pride and joy the adults around him take in Russia’s national leader President Putin and his quest to restore the Soviet Empire, the Russian World, or both. The urchin’s drawings became so popular in the aftermath of Russia’s annexation of the Crimea that his “daddy,” the jurist-turned-artist Igor Ponochevny had to flee Russia as a political refugee after a series of threats to his life. Today Mr. Ponochevny lives in San Francisco while Alyosha’s drawings continue to provide insights into the soul of Putinism. Come, listen, see for yourself, and discuss the satirical mischief that makes Putin’s henchmen livid. Sponsored by the UNC Russian Flagship Program.