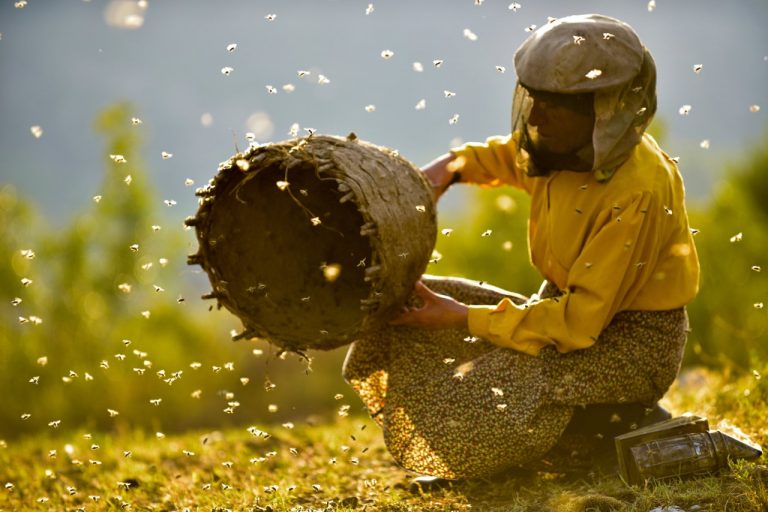 The Germanic & Slavic Languages & Literatures Kino Club and the UNC Center for Slavic, Eurasian and East European Studies will host a film screening and discussion of “Honeyland” (2019). The introduction and discussion to follow will be with Adnan Džumhur, CSEEES Associate Director.

A beekeeper in the rural Macedonian mountains strives to maintain the tradition of honest, environmentally friendly beekeeping. Her quiet everyday life is interrupted by the arrival of nomadic beekeepers, who perceive nature primarily as an opportunity for quick profit. The filmmakers spent three years with the heroine of the film, shooting over 400 hours of footage that became the basis of this stunning intimate portrait and powerful environmental appeal. “Honeyland” was the most awarded film at the 2019 Sundance Film Festival and the first film ever to be nominated in both best documentary and best international feature film category at the Academy Awards.

Access the Zoom event for introduction & virtual screening with the ID 966 5699 5193 and passcode: Honeyland