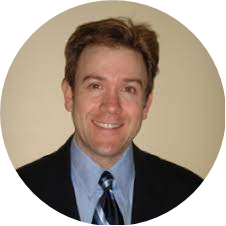 Dr. David Armitage is a Senior Analytic Advisor and Europe specialist at the U.S. Department of State’s Bureau of Intelligence and Research (INR). From 2016-2017, he was a Fellow in the White House Leadership Development Program where he helped to break down bureaucratic barriers across Federal agencies. Since joining State, Dr. Armitage has held various positions, including as INR representative on the President’s Daily Briefing Staff, acting Director of INR’s Office of Cyber Affairs, and head of INR’s European regional analysis unit in INR’s Office of Analysis for Europe. From 2011-2013, he served at the National Intelligence Council (NIC), where he worked on strategic issues related to Europe and contributed to the NIC’s Global Trends 2030 study. From 2004 – 2007, he was a non-resident research fellow at the National Defense University’s Institute for National Strategic Studies, focusing on transatlantic cooperation in counterterrorism and post-conflict stabilization.

In addition to government service, Dr. Armitage has taught courses on European politics and policy formulation at American University’s School of International Service and Georgetown University’s Walsh School of Foreign Service. He is the author of A Comparative Analysis of US Policy Toward European Defense Autonomy: Enduring Dilemmas in Transatlantic Relations (Mellen Press, 2008) and Europe’s Return: The Impact of the EU’s Newest Members (CEPA, 2009). He also co-authored Translating Opportunity into Impact: Central Europe in the European Union, 2010-2020 (CEPA, 2011). Dr. Armitage holds a Ph.D. in government and politics from the University of Maryland.