Jewish Vengeance During and After the Holocaust

“If you survive, you must take revenge”:
Jewish vengeance during and after the Holocaust

Revenge was ubiquitous among European Jews during the Holocaust. It included direct acts—i.e. violence against Nazi perpetrators and their collaborators—and indirect, symbolic acts, such as ideas and fantasies expressed in diaries, letters, last wills, wall inscriptions, songs, and poems. This engagement with direct and indirect revenge even continued into the postwar period. What functions did vengeance have for Jews in the face of systematic mass murder during the Holocaust? Why did survivors after their liberation from Nazi rule often refrain from enacting their wartime fantasies of vengeance? Why did some prominent survivors and scholars in the 1980s and 1990s tend to claim that revenge had been absent among Jews during and after the Holocaust? And why does current popular culture valorize survivors as moral authority figures who do not engage in vengeance and instead turn the “other cheek,” while the entertainment industry capitalizes on counter-factual representations of omnipotent “survivor-avengers”? Seeking to answer these questions, this lecture will reflect on the complexities of Jewish revenge during and after the European Jewish catastrophe. 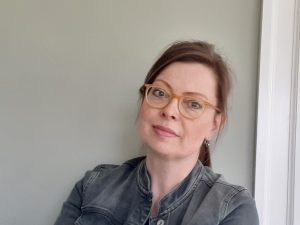 Laura Jockusch is Albert Abramson Associate Professor of Holocaust Studies at Brandeis University. She wrote Collect and Record! Jewish Holocaust Documentation in Early Postwar Europe (New York 2012; winner of the National Jewish Book Award and cowinner of the Sybil Halpern Milton Book Prize); she edited Khurbn-Forshung: Documents on Early Holocaust Research in Postwar Poland (Göttingen 2022); and coedited (with Gabriel Finder; finalist for National Jewish Book Award) Jewish Honor Courts:  Revenge, Retribution and Reconciliation in Europe and Israel after the Holocaust (Detroit 2015) and (with Andreas Kraft and Kim Wünschmann), Revenge, Retribution, Reconciliation: Justice and Emotions between Conflict and Mediation (Jerusalem 2016). Her current research explores Jewish conceptions of post-Holocaust justice; the trials of Stella Goldschlag (aka Kübler-Isaaksohn) in postwar Germany; and revenge during and after the Holocaust.

In-person lecture, free and open to the public.
This event will not be recorded.