Jia-Chen Fu, ‘The Other Milk: Reinventing Soy in Republican China’ 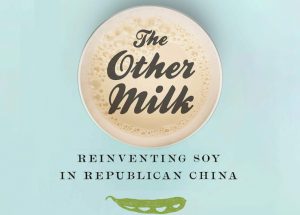 The Other Milk: Revinventing Soy in Republican China examines how, why and through what means nutrition science came to matter in China by exploring the ways in which self-styled laymen and scientific nutritional activists re-invented the soybean, and soybean milk, for the modern age. Jia-Chen Fu will talk about how Chinese intellectuals became concerned that the Chinese diet was deficient and insufficient for nourishing strong, modern citizens. The soybean, as a protein-packed and domestically grown food, became the nutritional solution to the perceived problem of the Chinese diet. In their search for a food would enable Chinese people, young and old, to compete in a rapidly industrializing global world, Chinese nutritional activists took a local food, doujiang, and transformed it into soybean milk, a dairy alternative that would fortify and strength the Chinese masses.

Jia-Chen “Wendy” Fu is an assistant professor at the Department of Russian and East Asian Languages and Cultures at Emory University. After receiving her M.Phil and Ph.D. in history from Yale University, Wendy was a postdoctoral fellow at the Center for Chinese Studies at the University of California at Berkeley (2009-2010) and then assistant professor in the history department of Case Western Reserve University. Her primary research is the history of science and medicine in modern China. She focuses on how new scientific disciplines and practices shaped conceptions of the Chinese physical body and diet. Her book, The Other Milk: Reinventing Soy in Republican China (University of Washington, 2018), explores the curious paths through the conception of the Chinese diet as a deficient one led to the reinterpretation, rediscovery and reassignment of social and scientific meanings of a local foodstuff, the soybean, in twentieth century China. Her teaching interests include science, technology and medicine in modern China, history of the body, food and culture, war and society and East Asian martial arts.