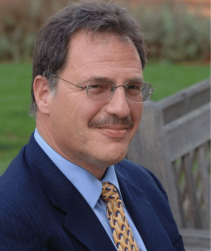 Larry Diamond will speak on the vital issues he addresses in his major new book, Ill Winds:  Saving Democracy from Russian Rage, Chinese Ambition and American Complacency (Penguin Random House).  The book has been described as a “personal, passionate call to action against the rising authoritarianism that challenges our world order – and the very value of liberty.”

Professor Diamond is a leading scholar and noted public intellectual on democratic trends and conditions around in the world, and on policies and reforms to defend and advance democracy.  In addition to authoring five books, he has also edited or co-edited more than 40 books on democratic development around the world.  He is the founding co-editor of the Journal of Democracy, a leading journal intended to present scholarship on issues of democracy to a broader audience.  At Stanford University, he is a senior fellow at the Hoover Institution and at the Freeman Spogli Institute for International Studies and a professor by courtesy of Political Science and Sociology.  For more than six years, he directed FSI’s Center on Democracy, Development and the Rule of Law, where he now leads its Program on Arab Reform and Democracy and its Global Digital Policy Incubator.

Diamond served from 2010-2016 as faculty co-director of the Haas Center for Public Service, where he helped launch the University’s signature public service initiative, Cardinal Service.  He teaches courses on comparative democratic development, democracy promotion and U.S. foreign policy and advises many Stanford students. In 2007, the Associated Students of Stanford University named him “Teacher of the Year” for teaching that “transcends political and ideological barriers” and he also received the Dinkelspiel Award for Distinctive Contributions to Undergraduate Education.