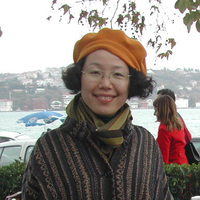 Itō Chūta (1867–1954), the architect who created the Japanese word “Kenchiku” as a translation of the English word “architecture” in Meiji, Japan, is also the first historian of Japanese architecture. In 1904, he embarked on a world trip lasting three years and three months to prove his own theory. During his trip passing through China, Burma, Malay, India, the Ottoman Empire, Europe and the U.S., Itō gradually changed his thoughts and started to think about what we call now “Tōyō/Oriental” architecture, and so-called “Islamic” architecture, from a Japanese point of view. In the end, after coming back to Japan, Itō created an original chart showing world architecture in historical, geographical and ethnic context, that was significantly different from European ones. With a special emphasis on the Ottoman Empire, the lecture will explore Itō’s experience and perceptions of “world architecture,” using numerous images drawn and photographed by himself. Some attention will be also devoted to Itō’s observation of the U.S. in a global context.