Michael Emch: COVID-19 in Africa, Viewpoints on Resilient & Equitable Responses to the Pandemic 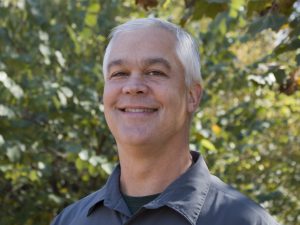 Part of the series “Viewpoints on Resilient and Equitable Responses to the Pandemic” from the Center for Urban and Regional Studies at The University of North Carolina at Chapel Hill.

The COVID-19 pandemic is causing people around the world to question how this virus will affect the many public and private systems that we all use. We hope this collection of viewpoints will elevate the visibility of creative state and local solutions to the underlying equity and resilience challenges that COVID-19 is highlighting and exacerbating. To do this we have asked experts at UNC to discuss effective and equitable responses to the pandemic on subjects ranging from low-wage hospitality work, retooling manufacturing processes, supply chain complications, housing, transportation, the environment, and food security, among others.

Michael Emch is a professor of geography at UNC-Chapel Hill. He specializes in disease ecology, which examines how human interaction and environment impact the spread of viruses like COVID-19. He will discuss his recent travel to Africa and the impact COVID-19 is having there.

On March 8th, I flew into Ndola Airport in northern Zambia near the border with the Democratic Republic of Congo for a research meeting. The flight was met by Zambian Ministry of Health officials who had us fill in forms on potential COVID-19 symptoms and all arriving passengers’ temperatures were measured with infrared forehead thermometers. At the time there were no reported cases of COVID-19 in Zambia.

The United States is now the global epicenter of the COVID-19 pandemic with more cases and deaths than any other country in the world. The first known case in the U.S. was reported in Washington State in someone who returned from Wuhan, China on January 15th and since then the disease has spread to the entire country and there have now been about 3.3 million confirmed cases and 135,000 deaths in the U.S. and those numbers are growing swiftly at this time.

However, many other sub-Saharan countries have only reported hundreds of cases with very few deaths. What we don’t know is why the pandemic arrived to sub-Saharan Africa later than much of the rest of the world and why it has been relatively spared compared to North and South America and Asia.

We also don’t know if the relatively lower burden of COVID-19 compared to other world regions is only temporary. There are certainly many undiagnosed COVID-19 cases, especially mild cases, just as there are in the United States, because many people are not tested.

Leaders in many African countries were quick to implement interventions such as stay at home orders and regional and international organizations such as the Africa Centers for Disease Control and the WHO helped coordinate efforts including building the testing and treatment infrastructure.

On the day I was leaving Johannesburg on March 14th, I spoke with a South African doctor and he asked how bad I thought the epidemic was going to be in South Africa and the rest of sub-Saharan Africa and I told him I was worried it might spread like wildfire and lead to many deaths especially in South Africa where one in five people in the world living with HIV reside, which is almost 20 percent of the adult population of South Africa.

South Africa also has high rates of diabetes at about 14 percent of the population, which is higher than the United States, and preexisting health conditions are related to more severe COVID-19 disease and deaths.

I told the South African doctor about a prediction made a few weeks earlier by an infectious disease epidemiologist at Harvard University named Marc Lipsitch, that 40-70 percent of the world’s population would eventually be infected with the SARS CoV-2 virus.

All sub-Saharan African countries have large slums where people live in dense conditions where social distancing is extremely difficult if not impossible.

This also worried me. I have research projects in many different African countries including Malawi, Gabon, Zimbabwe, Democratic Republic of Congo, Zambia, Ghana and South Africa and all have large slums in urban areas as well as many sparsely populated rural areas.

We also know that COVID-19 is more likely to lead to severe disease and death in older people in addition to preexisting health conditions such as diabetes.

Seventy percent of people in sub-Saharan Africa are under the age of 30 and the relative rates of obesity and diabetes are much lower than other continents, with the notable exception of South Africa.

Some of the main reasons why COVID-19 is less widespread in much of sub-Saharan Africa is probably because of the younger age distribution, lower diabetes and obesity rates, and the continent also has a larger proportion of people living in sparely populated rural areas compared to North and

South America and Asia. South Africa is, however, the exception, with much higher rates of obesity, diabetes and urbanization as well as the largest HIV burden globally. South Africa, Ghana and other African countries also responded early with health checks at airports such as the ones I had in South Africa and Zambia. Many countries put in international and within-country travel restrictions and lockdowns in place very early in the pandemic.

For instance, the day I left South Africa to go back to the U.S. on March 15th, the country declared a national state of emergency banning visitors from high-risk countries including the United States, stopping large gatherings, and less than two weeks later on March 27th the country started a 21-day lockdown, closing all borders and confining everyone except those performing essential services to their homes except to buy groceries and medicine.

Sadly over the last few weeks COVID-19 has been expanding rapidly in South Africa but much of the continent still hasn’t had the burden seen in other areas of the world. On July 9th in South Africa, there were more than 13,000 confirmed infections in the country, the largest daily number of cases to date in South Africa.

This increase happened after businesses were allowed to reopen following the lockdown, similar to the surge in parts of the U.S. that we are experiencing now. However, this week the WHO reported that there is little evidence of an exponential surge in severe cases, or a surge in deaths across much of the continent.

While we don’t know exactly what the future of the COVID-19 pandemic will be in Africa, I am hopeful yet worried about the spread of this very contagious disease, especially in vulnerable populations living in urban slums on the continent, especially in South Africa.

Over the last few weeks, I have spoken with my colleagues in Ghana and South Africa who are on the front lines of the COVID-19 response and I am inspired by their dedication to understand this pandemic and help their countries respond to this unprecedented public health crisis, and these amazing colleagues give me hope.

The WHO has experience with pandemic response with Ebola, Zika, as well as pandemic influenza. The United States should help the WHO by increasing funding rather than withdrawing from it during this unprecedented global health crisis. The coronavirus does not respect international borders and the response requires international cooperation and coordination.

I conclude with a quote from the WHO director-general earlier this week. He said “The greatest threat we face is not the virus itself, rather it is the lack of leadership and solidarity at the global and national levels.”

The COVID-19 pandemic will not be ending anytime soon and I believe that we should heed the director-general’s call and cooperate internationally. In our globalized world we will be much better off with the WHO helping coordinate our efforts to fight the most difficult global public health crisis in more than a century.