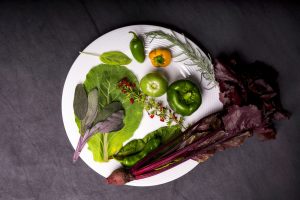 Chile’s package of healthy food policies successfully decreased purchases of unhealthy food and drinks during the initial implementation phase, according to a new study by researchers at the University of North Carolina at Chapel Hill, the University of Chile and the National Institute of Public Health of Mexico.

Published in The Lancet Planetary Health, the study found significant reductions in calories and nutrients of concern (sugar, sodium and saturated fat) from unhealthy “high-in” food and beverage purchases. This study underscores the potential for heathy food policies to significantly affect public health — even in the short-term.

“This is a big deal,” said co-author Lindsey Smith Taillie, Ph.D., assistant professor of nutrition at the UNC-Chapel Hill Gillings School of Global Public Health. “It’s the first law of its kind anywhere in the world, and this study shows its impact on the total food supply. Since Chile implemented the law, several countries have followed suit. Another half dozen from across globe, including India, are on the cusp of implementing similar policies.”

Chile implemented the law in three phases between 2016 and 2019. It came with built-in, increasingly stringent nutrient cutoffs to determine which foods and beverages require warning labels. The new study assesses changes in people’s purchases of foods and beverages high in calories, sugar, sodium and saturated fat after Phase 1 implementation.

Researchers analyzed food and beverage purchase data from more than 2,300 Chilean households between January 2015 and December 2017. This first phase of the policy included the least restrictive nutrient cutoffs. Food and beverage products were classified as “high-in” if they contained added sugar, sodium or saturated fat and exceeded Phase 1 nutrient or calorie thresholds. These high-in products were all subject to the labeling, marketing and school sales regulations.

The food and beverage purchase data were used to analyze amounts of calories, sugar, saturated fat and sodium purchased per person per day before and after the implementation of Phase 1.

Post-implementation, there were significant declines in purchases of calories, sugar, saturated fat and sodium, driven by reduction in purchases of unhealthy “high-in” foods and beverages.

These declines also were seen when looking at all food and beverage purchases, despite increases in purchases of products without warning labels.

Given the success of Phase 1 of Chile’s law, it’s likely that the more stringent nutrient thresholds of Phase 2 and Phase 3 have delivered even larger impacts, but researchers have not yet studied these phases.

“To date, Brazil, Israel, Mexico and Peru have already instituted similar ‘high’-in’ warning labels and at least five other major countries in Africa and Asia are considering using such warning labels,” said co-author Barry Popkin, Ph.D., W.R. Kenan Jr. Distinguished Professor of nutrition at the UNC Gillings School. “Warning labels are the only front-of-package labels to show a significant impact on purchases of these ‘high-in’ beverages and foods, which constitute the unhealthiest packaged products we purchase today.”

Funding for this study was provided by Bloomberg Philanthropies, the International Development Research Center, and the Carolina Population Center (P2C HD050924).