Diplomacy in a Networked World 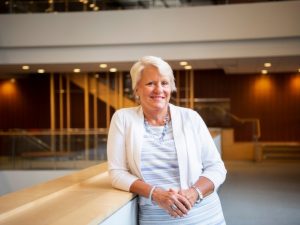 This piece was originally published on Dec. 15, 2020 by Global Ties U.S., a nonprofit partner of the U.S. Department of State.

Exchange programs have long been recognized as a highly effective way to develop long-term relationships with emerging leaders. What I have seen from my own experience leading U.S. embassies and consulates is that exchanges can also be a powerful means to achieve immediate, high-priority mission goals. And as both exchanges and the nature of diplomatic work evolve, the potential impact of exchange programs only increases.

An exchange visit the U.S. Consulate in Belfast organized is still cited, nearly 20 years later, for its key role in overcoming long-standing sectarian divisions over policing and helping to usher in a new, more inclusive community-based policing order in Northern Ireland. It is fair to say that I, as Consul General, had no higher foreign policy priority than helping to usher in that new policing order, which was key to ensuring the success of the peace agreement the United States had helped broker. A thoughtfully designed and brilliantly executed exchange program created the shared understanding needed to move on to new, common ground. Exchanges matter—and they deliver, not just over the long term, but also, often, right away.

As the nature of diplomacy evolves to keep up with an increasingly networked world, exchanges are an ideal tool for finding partners and building networks to address shared challenges. When the challenge is addressing climate change or collapsing fisheries or how to establish global governance of cyberspace, exchange programs can work wonders to develop the connections needed to feed a rich and ongoing conversation among a large group of networked stakeholders dealing with “global commons” issues—that is, the growing list of issues that don’t live neatly within national boundaries or in a government minister’s portfolio.

With the recent imperative to shift exchanges to virtual, we have added a powerful new tool to our toolkit. Going forward, blending virtual with the in-person travel we all love will allow connections among exchange program participants to begin before departure and continue long after the trip concludes—and going virtual also has the potential to reach larger numbers and bring more stakeholders into the conversation and the search for common ground.

For my Foreign Service colleagues working in embassies and consulates, I encourage you to build exchange programs into your mission plan, from the ground up. Yes, exchanges are a great way to give a promising emerging leader a taste of America, but they can also be your best bet for building out your in-country network of partners to work on top mission priorities.

To the thousands of “citizen diplomats” who welcome visitors to their cities, never doubt that, in addition to being responsible, through your home hospitality in particular, for giving many visitors their most cherished memory of their time in the United States, you also contribute directly to the success of U.S. foreign policy in tangible, immediate—and enduring—ways.