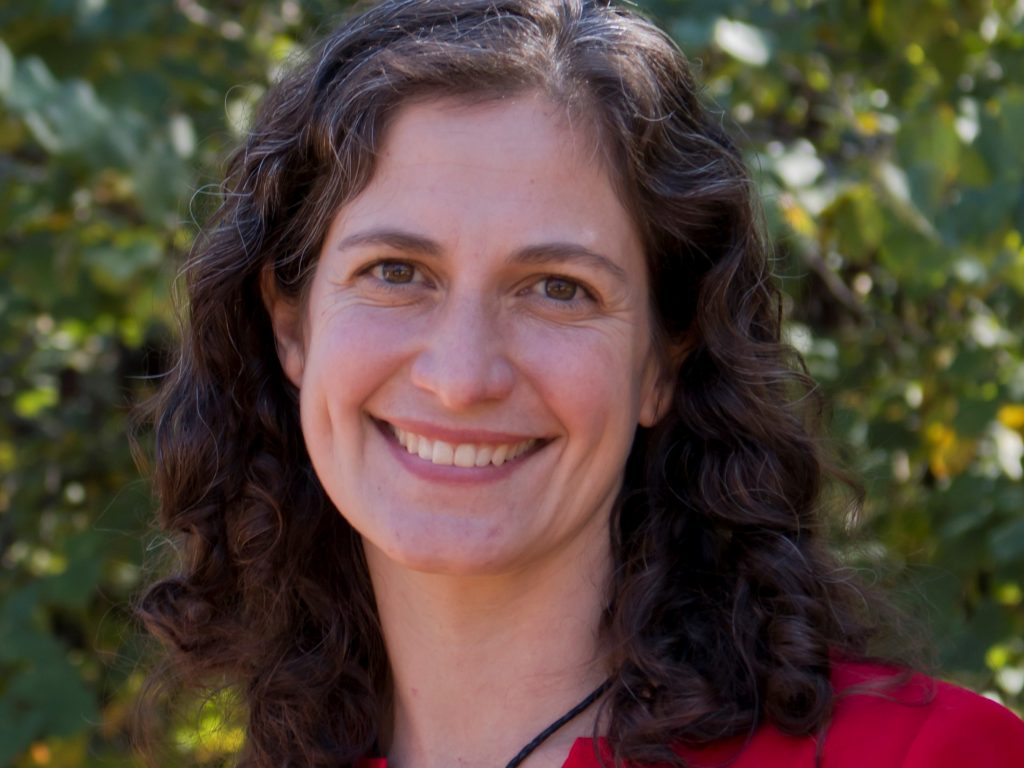 For Elizabeth (Betsy) Olson, living an internationalized life was not unusual. Although she grew up in Denver, Colorado, Olson has lived in many places around the world—from spending her college summers in the Philippines, where her father was country director of the Peace Corps, to living in Guatemala and small pueblos in Peru while conducting her doctoral research. Before she became an associate professor of geography and global studies at the University of North Carolina at Chapel Hill, Olson worked in the geography departments at universities in Lancaster, England, and Edinburgh, Scotland.

But when she was offered a joint position at UNC, Olson said the move made sense for both her family and career.

“UNC had the kind of reputation that I was happy to move for,” she said. “The geography department has really excellent, exciting scholars, some of whom I had worked with previously, and being able to work with global studies was a bonus.”

Olson earned her bachelor’s, master’s and doctorate degrees from the University of Colorado. When she was in Guatemala conducting dissertation research, her work focused on community management of water, but it took a turn when she realized the people she interviewed really wanted to talk about religion.

“I was going around to different areas and talking to people about water, and they kept wanting to talk to me about religion, and so I ended up thinking, ‘Why in the world would I not study religion?’” Olson said. “It’s part of my duty as a participatory researcher to try and talk about things that are important and matter to people.”

In the United Kingdom, her work shifted again to her current focus of young caregivers, a topic that would be the central focus of the next four-and-a-half years of the research program she is building.

“My approach to geography is somewhat unique in the sense that I have actually taken on a lot of different themes through my career, and that reflects both sort of a clarification of my interests, but also new excitements in terms of what I want to look at and what’s compelling me at any given time,” Olson said.

The shift to researching young caregivers began while she was working at the University of Edinburgh, where she was exposed to them as a recognized category of vulnerable youth in the United Kingdom. A youth caregiver is a person under age 18 who cares for a family member, close relative or friend who requires care because of a chronic illness, disability, addiction, mental illness or other characteristics. In the U.K., a caregivers’ bill of rights requires that every government organization abide by certain standards to ensure that the rights of caregivers are being protected, such as provisions that require schools to provide extra support. This could include sending kids to camp, giving them better transportation or providing counseling services.

In the United States, the federal government only recognizes caregivers if they are over the age of 18. Yet Olson explained that while youth caregivers are often part of mutually beneficial relationships with those whom they care for, they still face challenges and responsibilities that their peers do not have to contend with.

“A youth caregiver who gets up in the morning, perhaps helps grandma or grandpa get up out of their bed, gets themselves prepared for the day, helps them ensure that they’re getting breakfast, sits them down in a chair, checks their oxygen tanks and then leaves for school—even just working through that scenario, you can imagine the kind of stress that often goes with that job,” Olson said.

Although people who serve as caregivers in their youth can go on to thrive as adults, Olson explained this added labor can also have negative impacts. Many suffer from high stress levels, depression, chronic tardiness and absenteeism, and may have difficult transitions into young adulthood. The added responsibility of caregiving may also cause this population to delay or decline to go to college.

In the United States, the scope of youth caregiving and associated difficulties is unknown, largely due to the lack of information and data available. There has only been one national prevalence study that was conducted in 2005 on the topic. Olson is currently working with several collaborators around the world to adapt their models of research to conduct a prevalence study in North Carolina.

“For youth caregivers, even just being acknowledged for the value of their caregiving is so important, but then taking that additional step and supporting them is what I think my collaborators and I are moving toward, hopefully,” she said.

Olson currently heads various research projects involving youth caregiving across the United States. She was recently named a recipient of the federally funded Patient-Centered Outcomes Research Institute (PCORI) Pipeline to Proposal Awards program, which will allow her to work directly with caregiving families who have youth caring for aging adults, known as “bookend caregivers.”

The Caregiving Youth Research Collaborative (CYRC) is one of Olson’s projects that began with a small grant from the Odom Institute at UNC. In May 2015, Olson was able to gather U.S. researchers, advocates and practitioners for an interdisciplinary workshop that focused on improving research in the area of youth caregiving in the U.S.

Olson said although the puzzle is always how to get research funded in an area that nobody knows about, she has felt fully supported by her colleagues at UNC.

“What I do is I tend to walk into offices, and I say, ‘I’m researching this thing that isn’t even a category in the United States, and no one knows about it; can you help me?’ and the answer has consistently been yes,” she said.

Olson will be a fellow of the Center for Urban and Regional Studies during the Spring 2017 semester and will be studying the transitions of young caregivers into adulthood.

“That will be pretty exciting because I know that we have some young adult caregivers at UNC,” she said. “I don’t think we know how to support them in their studies, so I’m really hopeful that what this would do is think about barriers to higher education.”

Olson plans to continue to study geographies of religion and young caregivers in the future.

“In my perfect world, we would all be talking about caregiving a lot more and how we are going to do it,” she said. For Olson, this would include federal recognition of youth caregivers and access to services to support them. But it would also mean creating an environment in which youth caregivers feel respected and their families feel both secure and proud of their accomplishments.

Given that recognition and support, Olson believes youth caregivers would not only be empowered to make decisions based on their skills and ambitions as they transition to adulthood, but would be in a position to teach us something about caregiving.

“We could all learn about care from them, both the challenging and the really rewarding dimensions of it,” she explained. Olson will be listening and learning from them. “I’ve been working at this for four-and-a-half years—I’m not about to give up now.”