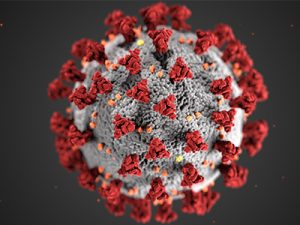 New research from scientists at the UNC Gillings School of Global Public Health has revealed that remdesivir (RDV, GS-5734) – a broad-spectrum antiviral medication previously shown to be effective against coronaviruses (COVs) like SARS-CoV, as well as against the Ebola virus – is more therapeutically effective against the Middle East respiratory coronavirus (MERS-CoV) in mice than comparative antiviral treatments.

The news of this treatment’s effectiveness comes as an outbreak of a new type of pneumonia has been identified in Wuhan City in China. As of Jan. 6, the virus has infected nearly 60 people in the mainland city and is now being monitored for potential spread to Hong Kong. While local authorities have already ruled out avian flu, SARS and MERS, the memories of those outbreaks remain fresh in the minds of an uneasy population, especially since the MERS-CoV outbreak is ongoing in the Middle East.

Coronaviruses like MERS have been identified by the World Health Organization and the Coalition for Epidemic Preparedness Innovations as having “pandemic potential,” but the U.S. Food and Drug Administration has not approved a treatment option for any human CoV infection. Studies are currently being evaluated for treatment of MERS-CoV infections in humans with a combination of lopinavir, ritonavir and interferon beta.

“Preliminary reports say the viral pneumonia in Wuhan is being caused by a new Group 2b SARS-like strain of coronavirus,” said Timothy Sheahan, assistant professor of epidemiology at the Gillings School.

Previous studies published by the laboratory of William R. Kenan, Jr. Distinguished Professor of Epidemiology Ralph Baric,  in 2015 and 2016 had identified high-risk SARS-like coronaviruses in bats that were poised for human emergence in China.

“Until the sequence becomes available, we will not know whether these previously identified strains are the culprit,” said Baric.

Sheahan, Baric and colleague Amy Sims, associate professor of epidemiology, released their findings on the effectiveness of RDV in an article published today in Nature Communications, titled, “Comparative therapeutic efficacy of remdesivir and combination lopinavir, ritonavir, and interferon beta against MERS-CoV.”

RDV was developed in 2017 through a public-private partnership funded by the National Institutes of Health between investigators at the University of North Carolina, Vanderbilt University’s School of Medicine and Gilead Sciences, Inc.

The results of this new study from Gillings researchers indicate that RDV has superior antiviral effectiveness in mice than the combination of lopinavir, ritonavir and interferon beta. It also reduces the pathological effects of acute lung injury. If treatment is initiated in the early stages after the onset of symptoms, before viral load reaches its peak, RDV could significantly improve health outcomes and provide some measure of prophylaxis from the most harmful effects of MERS-CoV.

“Previous publications show that remdesivir works against SARS and SARS-like viruses found in bats, as well as all other coronaviruses we have tested this against,” said Sheahan. “Thus it is likely to work against coronaviruses that are emerging now in Wuhan, as well as those that may emerge in the future. We have extensive experience studying these kinds of viruses and are positioned for rapid response to outbreaks like the one in China.”