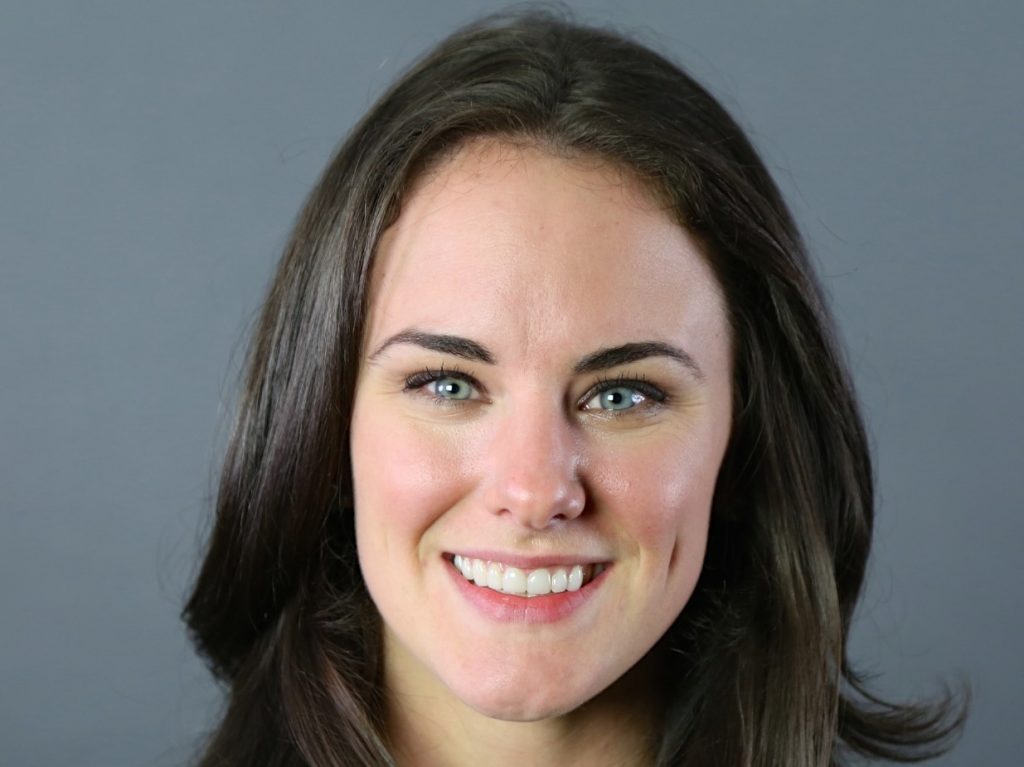 It wasn’t until her first job out of school that Jane Chaffee ’17 MBA/MSPH realized her passion for public health. After graduating from the University of North Carolina at Chapel Hill with a bachelor’s degree in political science in 2011, Chaffee accepted a position at a small healthcare law firm in Washington, D.C. The work sparked her interest in the world of healthcare, and combined with the global perspective gained from her political science studies, Chaffee decided to return to Chapel Hill to pursue her master’s degree in health policy and management at the Gillings School of Global Public Health.

Within the first year of her master’s program, Chaffee also enrolled in the MBA program at Kenan-Flagler Business School. It was almost serendipitous, then, that one of the Global Business Projects offered through the school focused on the expansion of the women’s department at the University Teaching Hospital (UTH) in Zambia.

“As soon as I saw the email about that project back in February, I knew I had to apply,” Chaffee says. “It was the perfect combination of my interests.”

With Global Business Projects – a program that gives students the opportunity to consult on projects for real companies around the world – Chaffee served as the project leader for a team of seven students tasked with developing a business plan to expand the UTH women’s department, which is affiliated with the UNC Department of Obstetrics and Gynecology’s Global Women’s Health division.

For two and a half weeks in May, Chaffee and her team worked on the ground in Zambia’s capital city, Lusaka, interviewing clinicians and nurses, observing hospital practices, and meeting with government officials and construction companies. The team collected a slew of data during their time in Zambia in order to determine the cost of building an entirely new women’s hospital, and what such a facility would require.

“This project gave us a chance to synthesize what we’ve learned in the classroom and apply it to the real world,” Chaffee says. “I appreciated the gravity of the situation, because the work we were doing actually had a life-or-death aspect to it. There are a lot of women in Zambia who die because of a lack of resources, and we were trying to change that.”

Returning stateside, Chaffee’s team finalized a presentation that included their findings from data collection and recommendations for the new hospital that will be used as a pitch deck for potential investors. Chaffee notes that her team’s work marked only the starting point for the women’s hospital project, which will likely extend for another three to five years.

“From a very personal point of view, this project solidified my passion for the area of healthcare and showed me that business can facilitate public health initiatives,” Chaffee says. “It’s the most important thing I’ve done in my entire school career.”

With a year left before she completes her graduate programs, Chaffee will spend the summer in Boston interning for the center for external innovation at a Japanese pharmaceutical company. “It’s an interesting shift to go from the work we did in Zambia to thinking about in-licensing and deals with biotech firms because it’s a completely different side of healthcare,” she says.

Though still undecided about the path her career will follow come graduation next May, Chaffee found a love for the type of consulting work the Global Business Project offered.

“That kind of work requires a more creative thought process and has a great potential for impact,” Chaffee says. “Especially in Zambia, the culture is much more intimate and the way people interacted with each other was inspiring. That really humanized the business process, and it’s that human side we tend to forget in the U.S.”