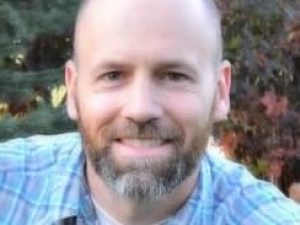 After completing a month-long elective at a hospital in Nairobi, Kenya, during medical school, Justin Myers knew he had found the work he wanted to do for the rest of his life. Service work in El Salvador, among other countries, cemented his and his wife’s commitment to global medicine.

“We enjoyed it, and we thought: ‘If only we could do this full time,’” Myers says.

His desire to combine his interests in emergency medicine and global health brought Myers to the University of North Carolina at Chapel Hill when he became a fellow of the Global Health and Leadership Program, which supports physicians interested in emergency medicine in developing countries. Myers says Carolina has been a great fit, and that he was impressed with the opportunities it offered him.

Myers spent six months in Kenya as part of the fellowship, immersing himself in how emergency medicine works there. Upon completion of the two-year fellowship, he had obtained a master’s degree in global health and knew he had found his home at Carolina, a place where he could pursue his passion. Myers stayed on as faculty and assistant director of the Global Health and Leadership Fellowship.

In 2016, he became the director of the program and has since taken on additional roles as associate director in the School of Medicine’s Office of International Activities and head of the Global Health and Emergency Medicine division. Myers works closely with Kenyatta National Hospital and the University of Nairobi in Kenya on collaborative research programs and coordinates rotations that allow exchanges between medical students at Carolina and in East Africa.

Myers hopes to inspire medical students to serve others and provide resources for those who share his passion for global health. “I think it goes to show that it helps people see the need that’s out there for improved emergency care…Maybe they don’t want to work globally, but maybe they want to work with Samaritan Health Center and work with underserved populations in the U.S.,” says Myers. “So I think that if we can inspire physicians to want to serve…, then I think we’ve done our job.”

At Kenyatta National Hospital, Myers focuses on the development of a triage system, ultrasound development, and training staff in emergency care skills. He also points to new health problems surfacing in low and middle-income countries such as strokes, diabetes, and heart disease.

Myers says his goal in the development of emergency medicine in low and middle-income countries is “figuring out what the need is, so we can work on implementation strategies to improve that need immediately.”

Myers stresses the importance of creating an effective, in-depth program, and continuing to focus on established programs in Kenya. He sees these connections as the chance to be part of something bigger, making emergency medicine a commonplace specialty across the world, while each institution has the chance to gain something from the other’s expertise.

This story originally appeared in the 2019 issue of Carolina Passport magazine.