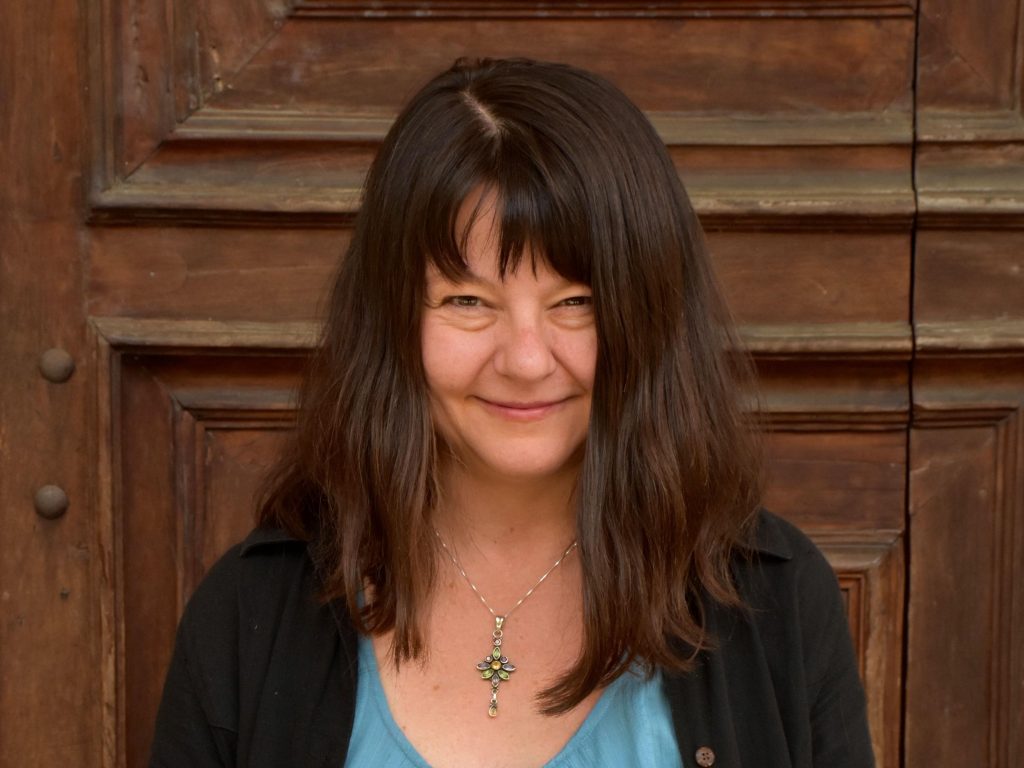 Milada Vachudova’s scholarship on the evolution of the political landscape of Europe and post-communist democratization is due, in part, to her family roots. The daughter of refugees from Czechoslovkia who found themselves camping in the United States at the time of the Soviet invasion in August 1968 that crushed Czechoslovakia’s “Prague Spring,” Vachudova’s parents hoped to return to their home country one day. Vachudova, on the other hand, born in the U.S. and raised in Seattle, was initially not interested in the study of eastern Europe. It was only while living in Paris as an exchange student during her undergraduate career at Stanford University that she changed her mind.

“When I was a junior in college, the Berlin Wall fell and the Velvet Revolution occurred in Czechoslovakia. I was able to travel by train from Paris—about 16 hours back then—to take part in the Velvet Revolution in Prague. Suddenly eastern Europe was very interesting to me,” says Vachudova, associate professor of political science in the UNC-Chapel Hill College of Arts & Sciences. “Prague went from being very gray and suffocated by a totalitarian state, where no one thought anything would change—to experiencing a non-violent pro-democracy revolution led by students, dissidents and artists. And overnight everything was different.” Czechoslovakia went on to split into two countries – the Czech Republic and Slovakia – in 1993 in what was dubbed the Velvet Divorce.

The following year Vachudova earned a Marshall Scholarship, which took her to the University of Oxford for graduate work. The short quarter system allowed her plenty of time to conduct field work in central Europe and work as a teaching assistant at Central European University, then located in Prague. She eventually completed her Oxford doctorate as a pre-doctoral fellow at Harvard University.

“In my dissertation, which eventually became my first book, I explored why some countries in east and central Europe were doing well with democracy while others were still struggling with authoritarianism,” Vachudova says. “In a way, it feels like we’re circling back to the same questions now around the political uses of nationalism, populism and nativism. The political appeals we’re hearing today sound very similar to the language used when I was doing field work in the nineties.”

Vachudova was living in Florence, Italy, as a post-doctoral fellow at the European University Institute (EUI) when she accepted a faculty position at UNC-Chapel Hill in 2001. Over the last 18 years, she has continued to study and teach courses political change in post-communist Europe, the enlargement of the European Union and the transformation of the European integration project.

From 2015 to 2018, Vachudova served as Jean Monnet Chair for European Union Studies for Carolina’s Center for European Studies, and she recently transitioned from the role of chair of the Curriculum in Global Studies, a position she has held for five years since 2014. As the first woman in the role, Vachudova developed the department’s interdisciplinary master’s program alongside teaching associate professor Erica Johnson.

She also recruited faculty and staff, championed diversity, worked to strengthen opportunities for all global studies students, and developed the curriculum’s alumni networking and outreach efforts. During her tenure as chair, the curriculum worked to support a wide array of student-led global events and develop a grant program to support students pursuing global internship and research opportunities over the summer, here in North Carolina and around the globe.

“I wore many hats in this role and I’m proud of everything we have accomplished together in the curriculum, but I’m looking forward to having more time for research and writing,” Vachudova says of leaving her chair post this June. “The transformation of domestic politics in many European states today is incredibly fascinating – from backsliding in Hungary to pro-democracy protests in the Czech Republic to the rise of intense populism in the United Kingdom checked by the boisterous empowerment of the parliament and by the courts. Meanwhile the European Union itself is evolving – and the latest Europe-wide elections to the European parliament last spring showed that the future of European integration is closer to the hearts of voters than ever before.”

Not skipping a beat, Vachudova is presenting her research at many universities in the U.S. and Europe, while also planning a workshop this October at UNC-Chapel Hill in partnership with the Center for European Studies and funded through the UNC Jean Monnet Center of Excellence, hosted at the FedEx Global Education Center, in which participants will discuss the populist parties in Europe and the parties that oppose them. The multi-day event will feature four scholars from other universities, and will give students in the TransAtlantic Masters program, the Curriculum in Global Studies master’s program, and the political science doctoral program an opportunity to participate in a workshop and roundtable about leading research in the field.

Vachudova’s current work explores how political competition in some member states of the European Union has shifted to issues of identity as populist parties take positions defending “the people,” claiming to fight for their interests in opposition to establishment parties and institutions, and also in opposition to an array of external actors including the European Union. Her work also looks at why political polarization can go hand in hand with democratic backsliding. “This is on display most starkly in the United Kingdom and in Hungary,” says Vachudova, “as the fight ‘for’ the people is directed ’against’ liberal democratic institutions.”

Vacudova’s work also reflects on how the identity and the power of the EU on the world stage are being changed by the presence of member states whose governments have turned away from liberal democracy.

“Today in many member states of the European Union, we see a surge in populist and nativist political parties and movements, along with a surge in opposition to them. This has created a vibrant political environment with strong participation not just by voting but also by joining civic groups and participating in street protests and demonstrations. I wrote about the pro-democracy protests in Prague for the Washington Post this summer along with former UNC-Chapel Hill graduate student Jan Rovny, and I was struck by how widely these protests were covered across the globe.”

Rovny, who graduated in 2009, is now an assistant professor of political sciences at Sciences Po in Paris.

“This fall semester, in my courses on European politics at UNC, it is such a pleasure to study all of the fast-moving political events in Europe through the lenses of history and political science with UNC students. Teaching UNC students is truly the privilege of a lifetime.”