Ji-Yeon Jo to Serve as Director of Carolina Asia Center 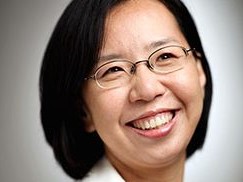 Jo joined the faculty in the department of Asian studies in the UNC College of Arts & Sciences in 2006 after completing a Ph.D. in the UNC School of Education in 2004. She has been involved in the development of Korean studies within the department, serving as coordinator of the Korean Language and Culture Program and as faculty mentor in the Korea Research Fellows program, which works to bring scholars with Korean research interests to campus. In Spring 2019, Jo was a co-organizer of the 2019 Triangle East Asia Colloquium, which focused on transnational Korean cinema and media.

Jo conducts research on the Korean diaspora and ethnic return migration. She published her first book, Homing: An Affective Topography of Ethnic Korean Return Migration, with the University of Hawai’i Press in 2017. She has also published widely in journals such as International Area Studies Review on topics including language and identity, pop culture and diversity, and multiculturalism. In 2010, she received an award of recognition from the Consulate General of the Republic of Korea in Atlanta.

The Carolina Asia Center is part of the College of Arts & Sciences and has been designated a National Resource Center by the U.S. Department of Education. With the support of the department’s Title VI funding, the center supports scholarship, events and outreach on Asia at UNC-Chapel Hill.