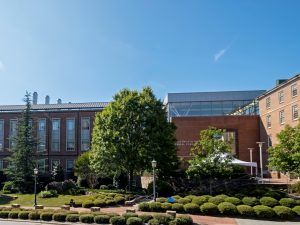 Infants can be healthy and HIV-free when their mothers are healthy. The best way to do this among HIV-positive women is to keep maternal viral loads suppressed through consistent use of antiretroviral treatment (ART). Yet, large numbers of women around the world are unable to continue with ART after giving birth, often due to social and structural barriers.

Partner violence is one of those barriers — and, according to a new study published in the journal AIDS, IPV leads to worse HIV outcomes in the postpartum period.

The parent study, which was supported by the National Institute of Child Health and Human Development, enrolled 471 pregnant women who were 18 years or older, living with HIV, attending pregnancy care in Cape Town, and started ART during their current pregnancy.In secondary data analyses funded by the National Institute of Mental Health, a team of international researchers assessed how IPV was related over time to postpartum viral loads in South Africa. The team was led by Abigail M. Hatcher an assistant professor of health behavior at the UNC Gillings School of Global Public Health.

The researchers followed the progress of this South African cohort from their first antenatal visit up to 18 months postpartum for a total of up to ten study visits. Study  measures included questionnaires asking about violent events from a partner, clinical data from medical records and bloodwork to assess HIV viral loads.

Over the course of the study period, one-third of the women reported partner violence exposure (any act of physical or sexual violence from a partner). Partner violence was clearly associated with reduced odds of viral suppression at 12 months postpartum, even after controlling for factors such as age, marital status, pregnancy intention, problem drinking and duration of time on ART.

This is among the first longitudinal studies linking partner violence to later HIV outcomes.

“We knew already that violence was tied to bad health outcomes, but this suggests partner violence has a more causal role in high viral loads postpartum,” Hatcher explains. “This makes violence exposure a central concern in caring for HIV-positive mothers and their babies.”