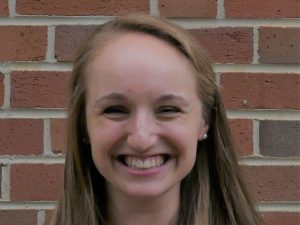 Having a urinary tract infection (UTI) during pregnancy can be common. If left untreated, it could put a mother at a significantly higher risk of complications such as premature birth and low birth weight, which is why UTI screening has become a standard part of prenatal care in high-income countries.

For women in low- and middle-income countries (LMIC), social and environmental risk factors may contribute to the high prevalence of UTIs in pregnancy, which emphasizes a need for screening and treatment that is accessible and accurate. This is according to a recent study published in “BMC Pregnancy and Childbirth,” which includes research from Lian Folger, Master of Public Health student at the UNC Gillings School of Global Public Health.

Folger’s team studied the incidence of bacterial infection and antibiotic resistance in the urine samples of pregnant women in a rural district of Sylhet, Bangladesh – one of many areas where data on the cause and prevalence of UTIs is sparse. In LMICs such as this, the cost and logistics of performing urine cultures make screenings and treatment a challenge. Coupled with an even greater challenge that comes with the inaccessibility of consistent prenatal care, these populations face high neonatal mortality rates.

The analysis of samples from the study found that 8.9% of women – or one in eleven – required treatment for UTIs. Many did not respond to the first line of antibiotic therapy, requiring a second or third round of treatment based on antibiotic resistance patterns. This was particularly common in UTIs caused by the E. coli bacterium, which had an antibiotic resistance rate of more than 30%.

More than half of the women who tested positive did not exhibit any symptoms of UTI, which can pose a problem in LMICs where screening protocols often require a patient to be symptomatic before testing. Such a strategy leaves countless UTI cases undiagnosed and puts patients at higher risk of adverse outcomes.

The team found that the most common risk factors in the study population were maternal undernutrition (as measured by mid-upper arm circumference), low paternal education and lack of previous births. Many first-time mothers, especially those of a young age, lack knowledge of good hygiene practices, and this puts these women at higher risk of developing UTIs during pregnancy. Maternal undernutrition also plays a factor because poor nutrition can directly contribute to a lowered state of immunity.

The results of the study highlight the need for a better standard of care in LMICs that can be effectively incorporated into prenatal care while also addressing the high rates of antibiotic resistance in communities that are at-risk. For high-income countries, urine culture screenings are the standard of care, but this protocol is costly and requires resources, infrastructure and personnel that are often unattainable in lower-income countries. Instead, many LMICs use a urine dipstick or gram stain screening protocol. These screenings, while more accessible and affordable, are not as accurate and cannot diagnose asymptomatic bacteria in the urine very well. All of this highlights the need for a practical screening alternative that is both low-cost and accurate.

Folger’s team emphasizes that research in the future should focus on identifying technology that can provide a feasible and affordable means of screening for prenatal UTIs while also developing treatment strategies to address the high rates of bacterial resistance.