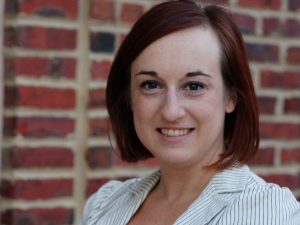 Alcohol causes three million deaths per year worldwide. Almost ten years ago, the World Health Organization (WHO) adopted a voluntary global strategy for reducing harmful use of alcohol. However, a new analysis by researchers from the University of North Carolina at Chapel Hill and Boston University reports that few countries have adopted effective measures to decrease alcohol consumption.

According to the study, alcohol continues to be the seventh leading cause of death and disability worldwide, and it is the leading cause for people ages 15 to 49 years old.

The analysis, part of a commentary in the latest issue of the WHO Bulletin, looks at the effects of the 2010 World Health Assembly’s voluntary Global strategy to reduce harmful use of alcohol and ultimately calls for a stronger, legally-binding commitment for nations to address alcohol consumption.

“We know how to reduce alcohol problems — the global effort to reduce tobacco consumption and related problems provides a clear roadmap,” says lead author David Jernigan, lead author of the study and a professor of health law, policy and management at the Boston University School of Public Health. “But that effort took resources and resolve, two elements apparently missing in global attempts to reduce alcohol problems.”

The analysis used 2015 and 2016 survey responses from more than 170 countries to assess whether they were adopting what WHO has termed the “best buys” for reducing alcohol problems — the most effective and cost-effective approaches. As with tobacco, the authors write, taxing alcohol can reduce consumption across the board, yet in most countries taxes and prices have fallen behind inflation rates. The survey also found that few countries are addressing alcohol marketing in social media, and the places and times alcohol may be purchased are increasing.

Based on these findings and previous research, the authors conclude that alcohol consumption will likely rise by 17% by 2030, while the WHO has set a goal of reducing it by 10% by 2025. Increases in consumption and harms are most likely to come in low- and middle-income countries, exacerbating global health disparities.

The commentary also examines WHO’s 2018 SAFER initiative, which emphasizes high-impact strategies to help governments reduce alcohol consumption and related problems. As with the 2010 voluntary global strategy, the commentary authors write, the resources provided by WHO to implement SAFER are minimal and do not begin to compare to the level of effort made by WHO and private philanthropy to address other global health issues such as HIV/AIDS, tuberculosis and road traffic safety — all of which are connected to alcohol consumption.

“Alcohol is too often the hidden co-factor,” says Pamela Trangenstein, co-author of the commentary and an assistant professor in the Department of Health Behavior at the UNC Gillings School of Global Public Health. “It is a carcinogen with significant effects on non-drinkers, including violence, family disruption and child abuse.”

Jernigan and Trangenstein point to the key turning point in the global fight against tobacco-related disease, when WHO used its rarely-employed treaty-making powers to establish a Framework Convention on Tobacco Control (FCTC). The 168 countries that signed the treaty have made legally-binding commitments to using effective strategies to reduce tobacco use.

In their commentary, the co-authors recommend a similar global approach to alcohol. Describing the voluntary actions as failures, and noting that the FCTC took ten years to negotiate, they call on WHO and countries around the world to work towards an international, legally-binding instrument that could help avert millions of deaths.