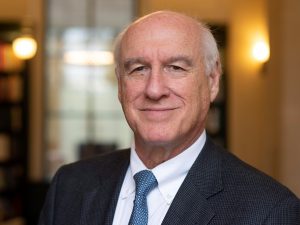 The decades-long search for a vaccine to prevent HIV reached a new milestone as results from HPTN 083, a global large-scale study, show that the long-acting drug cabotegravir (CAB LA) protects uninfected people from HIV. The study, begun in December 2016, compared the safety and efficacy of the injectable drug, given every two months, to Truvada, a daily pill combining two drugs, for pre-exposure prophylaxis, or PrEP. Findings showed that CAB LA lowered HIV incidence among cisgender men and transgender women who have sex with men, leading to a promising alternative to daily medication. During a planned review of study data, an independent Data and Safety Monitoring Board, or DSMB, recommended that the study results be announced as soon as possible. The study sponsor, the NIH’s National Institute of Allergy and Infectious Diseases, agreed with this recommendation.

“Until we have a safe and effective vaccine for HIV, we must continue to find innovative prevention strategies,” says Myron Cohen, HPTN co-principal investigator, director of UNC’s Institute for Global Health and Infectious Diseases and a professor in the Department of Epidemiology at the UNC Gillings School of Global Public Health. “Increasing the number of effective tools will give people who want to prevent HIV an opportunity to find a method that works for them.”

A companion study, HPTN 084, is comparing the efficacy and safety of the two drugs among women in sub-Saharan Africa. This study, which began approximately a year after HPTN 083, also was reviewed by the DSMB and was recommended to continue as planned.

Kimberly Smith, vice president of Viiv Healthcare and a study co-funder, noted that HPTN 083 reached a population impacted by HIV but often not represented in such trials — including African-American men in the United States and young men around the world. Overall, the trial enrolled 4,570 cisgender men and transgender women who have sex with men in Argentina, Brazil, Peru, Thailand, the U.S., Vietnam and South Africa. Two-thirds of study participants were under 30 years of age, and 12% were transgender women. Half of the participants in the United States identified as Black or African-American.

“Demonstrating conclusively that long-acting injectable cabotegravir is highly effective almost two years earlier than originally expected is exciting news,” says HPTN 083 protocol chair Raphael Landovitz. “It is inspiring that we may soon have additional HIV prevention options for at-risk individuals who have difficulty with or prefer not to take pills. We are indebted to our study participants and clinical research sites.”

“The findings from HPTN 083 are an important milestone along the path towards ending the HIV epidemic,” says Wafaa El-Sadr, HPTN co-principal investigator, director of ICAP and professor of epidemiology and medicine at Columbia University in New York. “We look forward to the results from HPTN 084, a critically important sister study among women at risk for HIV in sub-Saharan Africa.”

Carlos del Rio, professor of infectious diseases at Emory University and co-director of Emory’s Center for AIDS Research, took part in HPTN 083 and calls it a “landmark study.”