The Joy of Chinese Cooking 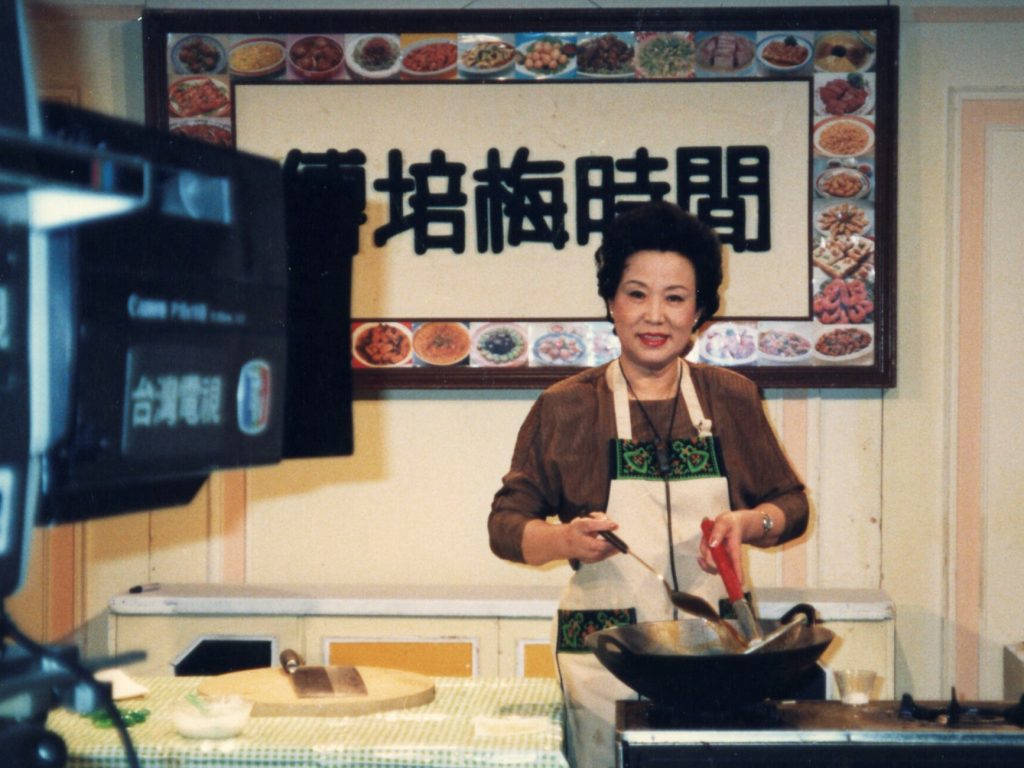 Michelle King’s childhood memories are filled with the images and tastes of delicious Chinese recipes. While she grew up in Midland, Michigan, her parents cooked a large Chinese meal for their family each night, occasionally pulling recipes from the technicolor volumes of Fu Pei-mei’s bilingual cookbooks. Those same books now reside on King’s kitchen shelf, used to craft recipes to feed her own children. Beyond the volumes’ valuable instructions and advice, King, an associate professor in the UNC Department of History and a second-generation Chinese American, has come to appreciate the enormous legacy of one of modern Asia’s most prolific cooking personalities and cookbook authors.

Fu Pei-mei was born in China in 1931 and moved to Taiwan in 1949. She wrote more than 30 books on Chinese cuisine and produced and hosted cooking programs on Taiwanese and Japanese television. An original copy of her books today fetch upward of $100. Western audiences may understand her as the Julia Child of Chinese food, but Fu’s enduring impact begs whether it is actually Child who was the Fu Pei-mei of French food. Fu’s cookbooks, shows, classes, media appearances, and her Chinese autobiography have made her a staple in Taiwanese culture. She also traveled around the world and gave cooking demonstrations in Korea, Hong Kong, Japan, Singapore, South Africa, and Europe.

King was first drawn to her mother’s old cookbooks, and the larger topic of Chinese food and identity, after she faced particular challenges in writing her previous book on female infanticide in 19th-century China. In that research, she found that women’s voices were often unheard in primary texts — not an unfamiliar problem for a gender scholar.

“It was all on what men thought of infanticide, specifically female infanticide. There were very few documents written or authored by women,” she says. “For my next book, I wanted to write about something where women’s voices are heard front and center.”

Within the pages of Fu’s well-worn cookbooks, King found what she had been looking for.

“Gender is so central to the notion of feeding our families, like gender roles and norms, and what people’s expectations are,” she explains. “Food is a way to talk about a lot of complicated things in a tangible way that people can really understand and relate to.”

Fu’s work not only tells the story of culinary tradition and diffusion through a woman’s perspective, but also ties in the complex history of Taiwan and identity through the concept of culinary nationalism. In her exploration of Fu’s life through her book, King explores a much larger narrative on Chinese culinary traditions, immigration, diaspora, and identity in the 20th century.

“I just love the way that food enables me to talk about so many different ideas,” King says.

A cook that stirred the pot

Starting in the 1960s, Fu was a culinary ambassador for the Republic of China in Taiwan. Beyond her books, classes, and travels, she was famous in Taiwanese households for her televised cooking demonstrations, which began in 1962 and continued until her retirement 40 years later.

“She was like Julia Child and then some, because she was the only one in Taiwan,” King explains.

Fu’s career began in the 1950s, when she explicitly taught cooking to housewives. Her work continued to transform alongside her audiences through the 1970s feminist movement in Taiwan, as women joined the work force and had less time to cook.

“So it really spans this entire sea of change in the way women are envisioned by their families and in their society,” King says. “That’s another really neat change that I can literally map onto this woman’s life and career to illustrate a much larger theme.”

Fu’s books are notable for their inclusion of English translations. They allowed her cooking to reach foreign audiences during an era when mainstream Western culture was just beginning to get a taste for Chinese cuisine.

“She was attempting to appeal not just to a domestic audience of housewives in Taiwan, but all along her entire career she very much had in mind a much broader, global audience,” King says.