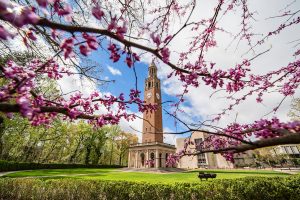 Twenty-one UNC School of Medicine and 17 other UNC-Chapel Hill researchers have been named in Clarivate’s 2020 list of Highly Cited Researchers™, scientific pioneers from around the world whose names are drawn from the publications that rank in the top 1% by citations for field and publication year in the Web of Science™ citation index.

Clarivate™ is a global leader in providing trusted insights and analytics to accelerate the pace of innovation. Since 2001, the Highly Cited Researchers™ list has identified global research scientists and social scientists who have demonstrated exceptional influence reflected through their publication of multiple papers. In determining the “who’s who” of influential researchers, the Institute for Scientific Information™ at Clarivate draws on the data and analysis performed by bibliometric experts and data scientists. It also uses the tallies to identify the countries and research institutions where these scientific elite are based. Thirty-eight of UNC Chapel Hill’s researchers have been recognized in Clarivate’s 2020 list of Highly Cited Researchers™. The list includes 21 UNC School of Medicine and 17 UNC Chapel Hill researchers who have demonstrated significant influence in their chosen field or fields through the publication of multiple highly cited papers during the last decade. Their names were drawn from the publications that rank in the top 1% by citations for field and publication year in the Web of Science™ citation index. The United States continues to dominate the list as the home to the highest number of Highly Cited Researchers, with 2,650 authors, representing 41.5% of the researchers on the list. More than 6,000 researchers from more than 60 countries and regions were recognized this year.

UNC School of Medicine researchers and other UNC-Chapel Hill researchers featured on the 2020 list.