Home / News Stories / War in Ukraine: What Are Our Experts Saying?

War in Ukraine: What Are Our Experts Saying? 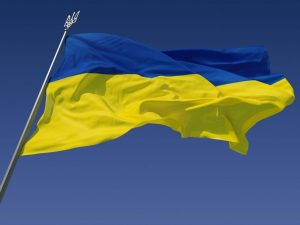 Hundreds tuned in March 2 to hear a Carolina panel’s responses to the crisis at a GAA Think Fast webinar.

In a lively 90-minute webinar, moderator Klaus Larres posed provocative questions to four Carolina experts about the topic of the day: the war in Ukraine.

“This event tonight is meant to help us understand why the war in Ukraine came about and what the nature of Ukrainian-Russian relations is like,” said Larres, the Richard M. Krasno Distinguished Professor of history and adjunct professor of peace, war and defense in the College of Arts & Sciences. “Could the war have been prevented, and is there still the chance to stop it now and find a negotiated compromise solution?”

The panelists agreed that the Ukrainian response to the attack has been heroic and inspiring but disagreed on whether the war could have been prevented by better diplomacy. They also remained mystified by the motivations of Russian leader Vladimir Putin.

The University’s General Alumni Association, which hosted the webinar on March 2, posted a recording of it on its website. Meanwhile, The Well has compiled a few highlights from the discussion below.

Blair is the first Knott Distinguished Visiting Professor of the practice of peace, war and defense in the College of Arts & Sciences. He is a former Navy admiral and director of national intelligence in the Obama Administration.

On why Russia, famous for its cyberattacks on other countries, initially left Ukraine’s information infrastructure intact:

When you plan an invasion of another country, you figure out what is worth destroying from a military point of view and what you want to spare so that, once you get there, you don’t have to rebuild it. … The Russians went through that calculation, and I think they decided they were going to slice through so quickly, so effectively, that they ought to just leave everything in place because they would own the telephone exchange, the internet service providers, the social media companies, and they would be able to turn them to their purposes. I think they basically made that miscalculation.

Robertson is a professor of political science in the College of Arts & Sciences and director of the Center for Slavic, Eurasian and East European Studies.

On the strength of the Ukrainian response and the importance of Russian public opinion:

This is not a surprise to any of us who have spent any time in that part of the world, that the Ukrainians are pushing back and pushing back hard and fighting for every inch. … In terms of Russian domestic politics, Putin made some wrong assumptions about Ukrainian public opinion, and he may be making some wrong assumptions about Russian public opinion, too. … People are watching this narrative on Russian state television, but they also have their friends, their family, their social media accounts. If there are 4,000 Russian soldiers dead, once guys start coming in zinc coffins, word gets around really fast. Russians of all political persuasions trust their friends and family and relatives more than they trust state television. The battle for this narrative is going to be absolutely critical.

Stephenson is vice provost for global affairs and chief global officer at Carolina and a former U.S. ambassador and diplomat.

On the effectiveness of American diplomacy:

With regret, I cannot give high marks to the longer-term American diplomacy that has brought us to this point. I give us high marks for (achieving) NATO unity over the last few months. I don’t give us high marks for the long march to this point. I believe that this was foreseeable. I believe the long march up to this has not been a hand well played. I feel a very heartfelt sense of responsibility for the scenes of Ukrainians fleeing and families being torn apart. It’s a very hard thing to watch.

Whitaker is a professor of the practice of peace, war and defense in the College of Arts & Sciences. She is a former senior analyst for the U.S. intelligence community.

On the changing perception of the role of intelligence:

I’ve looked at a timeline of (authorized) disclosures that have come out … and what I’ve seen is a whole government approach and a frequency of disclosures that I haven’t seen looking at other events. … We’re seeing a real change here, for the (intelligence community’s) relationship with society. No doubt it’s been battered by things like unauthorized disclosures on enhanced interrogation techniques, domestic surveillance, black sites. But I think you see the American public watching the warning role of intelligence, which is one that it’s supposed to play.

When people in the audience asked how Americans can help the Ukrainians, Robertson put together this list of charitable options:

This story was originally published by The Well