Will the Russia-Ukraine War Last Forever? 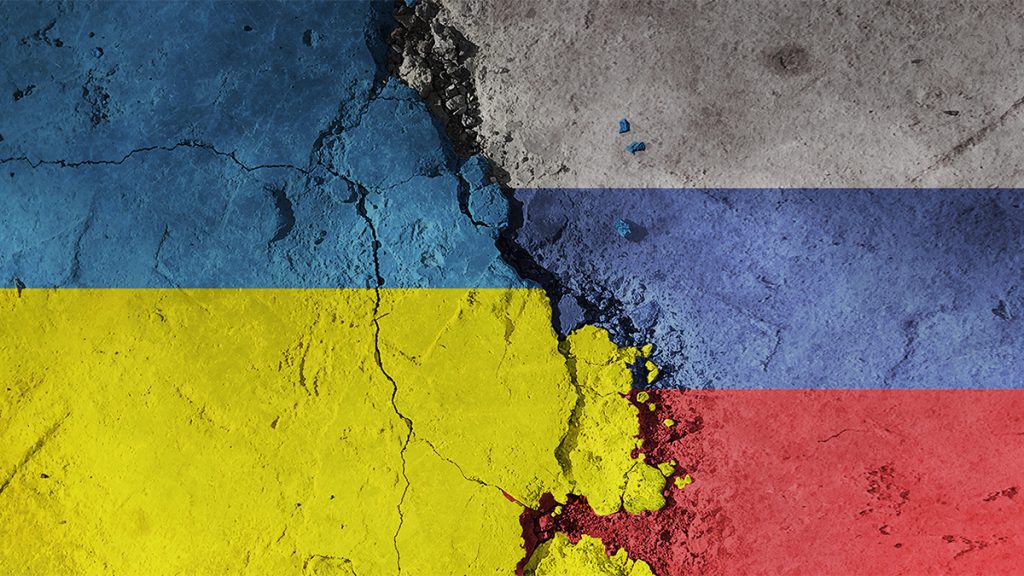 As the first anniversary of Russia’s invasion of Ukraine nears on Feb. 24, neither side has shown movement toward negotiating an end to the war.

An estimated 100,000 Russian soldiers and possibly an equal number of Ukrainian soldiers and civilians have died so far, according to Klaus Larres, Richard M. Krasno Distinguished Professor of History and International Affairs, director of the Krasno Global Events Series and editor of the “Krasno Analysis.” And the war’s effects on the world’s economy continue.

To provide insight into the nearly year-old conflict, The Well adapted a “Krasno Analysis” article by Larres into the following Q&A.

Both Russia and Ukraine have indicated during the past few weeks that they are ready to negotiate with each other to bring about a cease-fire. Yet, neither side seems to be serious.

Moscow has repeatedly insisted that the four Ukrainian territories (Luhansk, Donetsk, Zaporizhzhia and Kherson) Russia unilaterally annexed in September 2022 must remain part of Russia and will not be returned to Ukraine under any circumstances. Russian President Putin has also stated on many occasions that the same applies to the Crimean Peninsula, which Russia annexed by force in 2014. Putin has said he is open to negotiations “based on [the] new territorial realities.”

However, neither annexation has been recognized by the international community and, with the exception of Crimea, Russia is not in full military and political control of any of the four regions and recently has lost some land there. Nevertheless, 18% of Ukrainian territory remains under Russian control, including Crimea.

Putin’s at-best partial implementation of a 36-hour cease-fire during the Orthodox Christmas celebrations has been viewed as a public relations gesture by most Western governments and Ukraine. While U.N. Secretary-General António Manuel de Oliveira Guterres welcomed such a temporary respite, he stressed that it could not be a substitute for a “just peace in line with the U.N. charter and international law.”

Where does Ukraine stand on peace talks?

Ukraine has shown no greater realism than Putin regarding genuine peace talks. When recently putting forward his call for a U.N.-brokered “peace summit” by the end of February, Ukrainian President Volodymyr Zelensky declared that first a war-crimes tribunal had to be held and Russia had to be prepared to pay compensation to Ukraine.

In Zelensky’s 10-point peace plan that he presented to the G-20 leaders meeting in Bali in November 2022, he insisted that Ukrainian territory in its sovereign borders as internationally recognized during the last days of the Soviet Union in 1991 needs to be the basis for any peace deal. This includes Crimea. Clearly, Russia’s onslaughts and subsequent atrocities have greatly increased Ukraine’s unwillingness to enter into any compromise deals.

Thus, both sides are putting forward maximalist positions as a basis for any peace talks. Both Russia and Ukraine seem to believe that they will still be able to achieve notable successes on the battlefield and are thus unwilling to enter into any serious negotiations.

Have the world leaders promoting peace made any headway?

Under these circumstances it is little wonder that some of the self-proclaimed mediators, among them Indian Prime Minister Modi and Turkish President Erdogan, who helped to negotiate the September grain deal between Russia and Ukraine and achieved a number of prisoners-of-war swaps, have made little, if any, progress in bringing the two sides to the negotiating table. In his many calls with the leaders in Moscow and Kyiv, Erdogan has repeatedly proposed a prolonged cease-fire and offered to host a meeting between Zelensky and Putin.

Due to Russia’s dependence on China for its oil and gas exports and diplomatic cover in the developing world, Chinese President Xi Jinping might perhaps be more successful in pressing Putin to make a serious offer as the basis for peace talks, if Xi were prepared to do so. This, however, is unlikely. Xi seems to be adamant not to steer away from his uneasy pro-Russian neutrality course, which he has pursued since Russia’s invasion of Ukraine on Feb. 24, 2022. Xi clearly does not wish to be seen as undermining Putin and appearing to be helpful to the U.S. and the Western alliance.

How and when will the war come to an end?

It appears that the war will only come to an end by means of peace negotiations when one of two conditions are met.

One possibility for the end of the war would be based on the conclusion and insight of both sides that they are utterly exhausted and their economies, military capabilities and the will and motivation of their respective populations are no longer strong enough to maintain support for the war. Putin’s massive drone attacks on Ukrainian infrastructure and energy grid in the middle of winter may represent an attempt to bring this about. But as long as the U.S. and other Western countries are continuing to support Ukraine economically and militarily, Ukraine is unlikely to get to this stage in the near future.

Russia, in turn, is a large country with massive energy resources and a large population and is also unlikely to arrive at a state of exhaustion any time soon. In fact, despite all Western sanctions on Russia, its economy seems to have contracted by a mere 2% during 2022. Putin’s police state also makes sure that no sizable protests against the war will be allowed to develop.

The second path to a negotiated peace settlement would be the clear dominance, if not victory, by one side on the battlefield. If Russia managed to conquer a large part of Ukraine, including possibly the capital Kyiv, or if Ukraine were able to push the Russian aggressor from its lands and reconquer its sovereign territory in the 1991 borders, either of the victorious parties might well offer peace negotiations to the losing side to consolidate the new status quo.

Yet, it is most unlikely that Russia is still capable of obtaining a military victory in Ukraine. Realistically, despite the undaunted Ukrainian military aspirations, it is equally unlikely that Ukraine will manage to push Russia out of all of its territory and reconquer the entire Donbas region as well as Crimea.

Thus, at present only one depressing overall conclusion appears to be plausible. It seems that both Russia and Ukraine, and thus indirectly the U.S. and the Western alliance, will continue fighting the war in Ukraine for a prolonged period. Unfortunately, it is difficult to see how a constructive negotiated end to the war could come about any time soon.

This story was originally published by The Well.