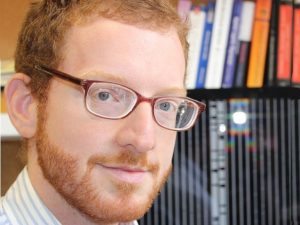 The cerebral cortex is the relatively thin, folded, outer “gray matter” layer of the brain crucial for thinking, information processing, memory, and attention. Not much has been revealed about the genetic underpinnings that influence the size of the cortex’s surface area and its thickness, both of which have previously been linked to various psychiatric traits, including schizophrenia, bipolar disorder, depression, attention deficit hyperactivity disorder (ADHD), and autism.

Now, for the first time, more 360 scientists from 184 different institutions – including UNC-Chapel Hill – have contributed to a global effort to find more than 200 regions of the genome and more than 300 specific genetic variations that affect the structure of the cerebral cortex and likely play important roles in psychiatric and neurological conditions.

The study, published in Science, was led by co-senior authors Jason Stein, assistant professor in the Department of Genetics at the UNC School of Medicine; Sarah Medland, senior research fellow at the QIMR Berghofer Medical Research Institute in Australia; and Paul Thompson, associate director of the Mark and Mary Stevens Neuroimaging and Informatics Institute at the University of Southern California. Ten years ago, these scientists co-founded the ENIGMA Consortium, an international research network that has brought together hundreds of imaging genomics researchers to understand brain structure, function, and disease based on brain imaging and genetic data.

“This study was only possible due to a huge scientific collaboration of more than 60 sites involved in MRI scanning and genotyping participants,” Stein said. “This study is the crown jewel of the ENIGMA Consortium, so far.”

The researchers studied MRI scans and DNA from more than 50 thousand people to identify 306 genetic variants that influence brain structure in order to shed light on how genetics contribute to differences in the cerebral cortex of individuals. Genetic variants or variations are simply the slight genetic differences that make us unique. Generally speaking, some variants contribute to differences such as hair color or blood type. Some are involved in diseases. Most of the millions of genetic variants, though, have no known significance. This is why pinpointing genetic variants associated with cortex size and structure is a big deal. Stein and colleagues consider their new genetic roadmap of the brain a sort of “Rosetta stone” that will help translate how some genes impact physical brain structure and neurological consequences for individuals.

Among the findings of the research published in Science:

• Genes that determine surface area are related to very early development in the fetal cortex, while thickness appears to be driven by genes active in the adult cortex.

•The vast scale of the project allowed the discovery of specific genes that drive brain development and aging in people worldwide.

Aysenil Berger, director of Psychiatry Neuroimaging Research and director of the Frank Porter Graham Child Development Institute at UNC-Chapel Hill, is a co-author on the study.