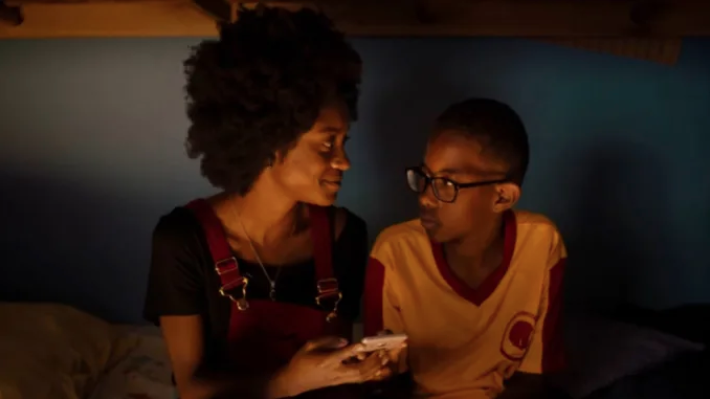 Dir. by Gabriel Martins. Brazil. 2022. In Portuguese with English subtitles.

Set in the city of Contagem, near Belo Horizonte in Brazil’s southeastern state of Minas Gerais, Mars One focuses on one Black working-class family. Late middle-aged dad Wellington (Bacurau cast member Carlos Francisco), a recovering alcoholic four years clean, works as a caretaker at an upmarket condo development, alongside new recruit and fervent leftist Flávio (Russo Apr). A passionate fan of local football team Cruzeiro, Wellington cherishes the dream that his son Deivinho (Cícero Lucas) will deliver on his sporting promise and pass a tryout as a young Cruzeiro recruit. The boy has other dreams, however; a fan of US astrophysicist Neil deGrasse Tyson, his imagination is sparked by news of the Mars One project to colonize the Red Planet, and suddenly an earthly football pitch doesn’t sound so exciting.

Based on true events, “Bestia” explores the life of a secret police agent during the military dictatorship in Chile. Her relationship with her dog, her body, her fears and frustrations reveal a grim fracture of her mind and of the country.