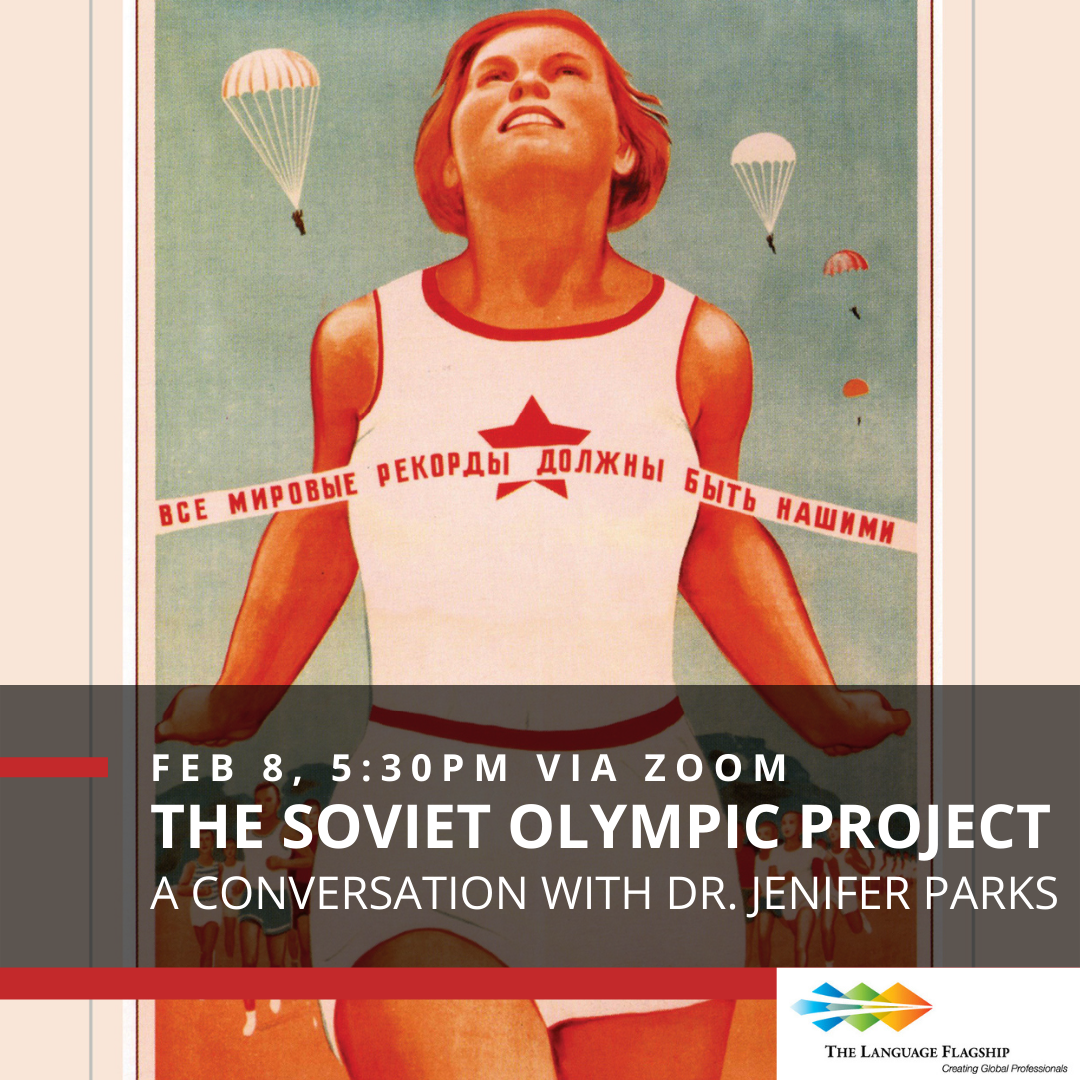 Jenifer Parks is a Professor of History at Rocky Mountain College in Billings, MT, where she teaches a variety of courses on world, European, and Russian history. She received her Ph.D. in Russian and Soviet History at the University of North Carolina at Chapel Hill in 2009. Her book, entitled The Olympic Games, Soviet Sports Bureaucracy, and the Cold War: Red Sport, Red Tape, was published in December 2016 by Lexington Books. She has also published in the International Journal of the History of Sport and edited volumes on sport and diplomacy and Cold War sport. Her current research interests look at the role of sport aid and diplomacy in the developing world, specifically Africa, during the Cold War.

*This event was originally posted by the Russian Flagship Program