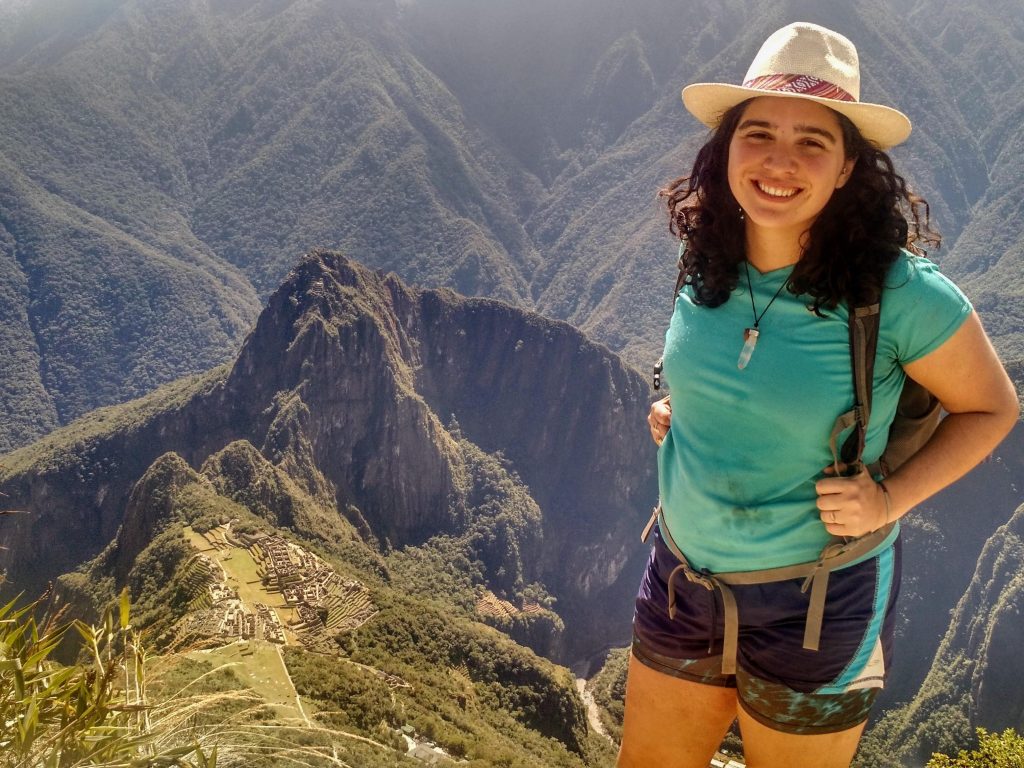 Carolina Valder ’17 can testify to the magic of Marcahuasi.

The Peruvian region, a 4000-meter high plateau dotted with giant rock formations, has been attributed with healing properties for centuries. For Valder, visits to the site transformed her study abroad experience in Peru.

Valder arrived in Lima in March 2016 as part of a four-month direct enrollment program at Pontifical Catholic University of Peru. It took some time for her to adjust to the new culture and surroundings. “People say study abroad is so amazing, but they never talk about how hard and lonely it can be,” said Valder. “I’d been feeling unsettled and unsatisfied.” Above all, the Charlotte native missed North Carolina’s verdant landscape; the area around Lima is dry and rocky.

So when a friend told her about Marcahuasi’s sacred beauty, she jumped at the chance to visit. “I hoped for an experience that was healing and rooting, that would bring me peace,” she remembered.

Traveling to Marcahuasi isn’t easy. It’s only 90 kilometers northeast of Lima, but getting to San Pedro de Casta, the town at the base of the site, requires three buses and several hours—and that’s before the seven kilometer walk to the top of the plateau.

For Valder, the whole journey was an adventure. She and her friends stayed overnight in a hostel in San Pedro de Casta, then trekked to the top the next morning with a guide, their bags carried by a donkey.

On her first visit, Valder and a companion camped with other visitors in an open space called the Amphitheatre. Valder surprised herself by chatting with other groups around their campfires, including one cluster of young Peruvians. “I walked up to them and introduced myself,” she said. “They were very friendly, and soon we were all singing songs.”

The second trip, two weeks later with her roommates, was much less social. While her friends were exploring parts of the area she had already seen, she took off on her own. “I felt like it was my playground,” she said. “I remember watching the sunrise and feeling completely free.” During a particularly luminous hour, Valder took dozens of photos, one of which won first place in the University of North Carolina at Chapel Hill’s 2016-17 Carolina Global Photography Competition.

Taken together, the trips succeeded in giving Valder what she’d been seeking. “It was a big adventure, finding [Marcahuasi], camping, connecting with strangers and feeling very connected to the land and people,” she explained. “I was able to find a sense of belonging.”

The trips, in turn, allowed her to finally settle into life in Lima and immerse herself in Peruvian culture. With all of her classes in Spanish, she finally realized how important mastery of a second language is to her, and declared her major in Romance languages with a focus on Hispanic linguistics (she’s also majoring in religious studies, with a minor in speech and hearing science). She joined an improvisation group that rehearses and performs wholly in Spanish, and reached out to her Peruvian classmates.

Ultimately, Valder began to form some plans for the future. She had spent a gap year in Costa Rica when she was 18, during which time she worked with Reach Global, a missionary organization. It was “a very formative experience” for Valder, and the study abroad trip to Peru was her first visit to Latin America since then. “It solidified that I want to live abroad at some point,” she said.

“It pushes me,” she said of living in another culture with its myriad differences. “It’s difficult, but it’s an interesting challenge. You have to be very open to mistakes and to asking for help constantly.”

Valder hopes that she will be able to return to Marcahuasi one day. For now, she contents herself with a photo of the site as the screen saver on her computer.

This story first appeared in the 2018 issue of Carolina Passport.