Meet Sarah Muscutt ’15, an Asheville Native Living Out Her Childhood Dream of Living in Asia 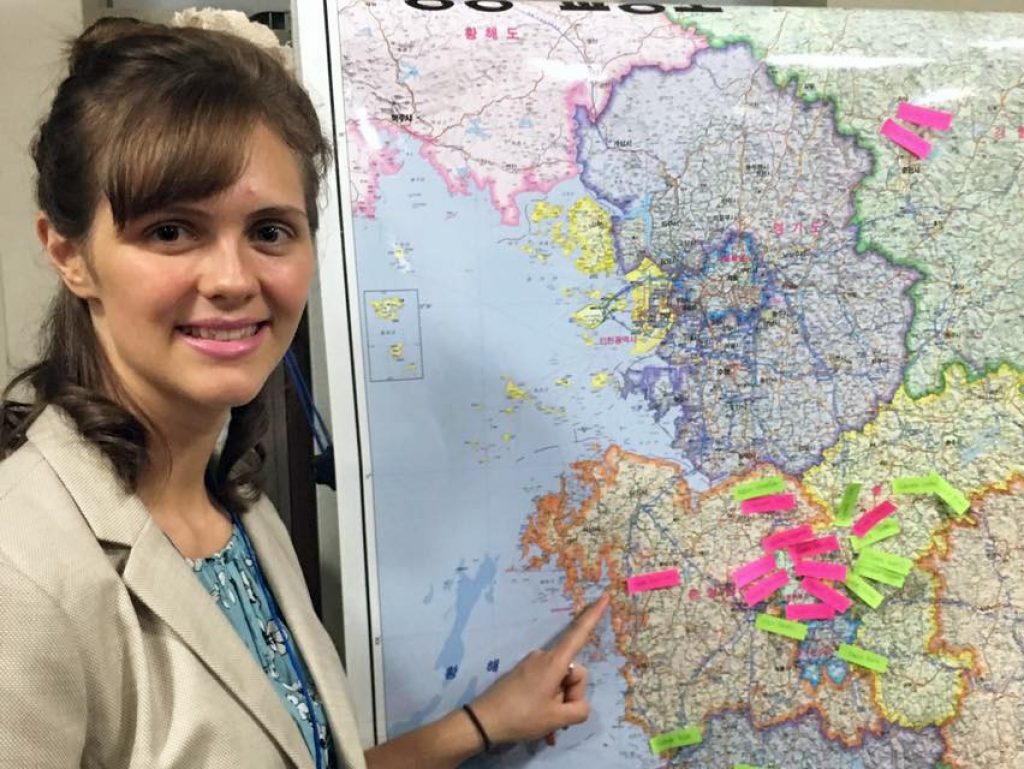 For Sarah Muscutt ’15, the University of North Carolina at Chapel Hill was the clear choice when deciding where to attend college. The first-generation college student and Asheville native knew she wanted to stay in state, and the Carolina Covenant program made UNC-Chapel Hill attainable.

The Carolina Covenant was launched in 2004 to help undergraduate students from low-income families graduate from UNC without any student loans. Covenant scholars may receive a combination of grants, scholarships and federal work-study that meets 100 percent of their financial need.

“I just internalized this idea that I would go to college. I didn’t ever think about it and nobody ever told me I had to do it, but it was just something I was always going to do,” Muscutt said. “When I found out about the Covenant program, I put all my eggs in one basket. I applied to two other schools…UNC was the only choice for me because of the Covenant. It changed my whole educational trajectory and opened so many doors for me.”

Muscutt started her career at Carolina as an education major, while also pursuing her interest in Asian cultures and languages. Muscutt was in middle school when she met her best friend, a Korean American who gave her the first glimpse of Asian cultures. The two shared a common interest in Japanese culture, specifically.

“There was a whole world that I wasn’t familiar with, but it quickly became part of my own identity. We immersed ourselves in the culture of anime and fan fiction; we both dreamed of studying Japanese and going to Japan together,” she recalled. That fascination led Muscutt to take Japanese language courses at Carolina.

“Speaking a foreign language had always been fascinating to me from the time I was a child. I carried that with me into my high school years and ultimately into my college study at UNC,” Muscutt said.

After several semesters of Japanese classes, Muscutt had to make a decision about whether to continue her language studies or focus on her education major. She changed her major to Asian studies and started taking Korean classes, as well.

Following graduation, Muscutt spent the summer in South Korea after being awarded a U.S. Department of State Critical Language Scholarship (CLS). It was Muscutt’s first time out of the United States and her first hands-on experience in one of the Asian countries that she had learned about for so long.

Upon returning to North Carolina, Muscutt worked in Asheville for a year while applying for the Fulbright U.S. Student Program. In July of 2016, Muscutt began a year-long program as an English teaching assistant in Hongseong, South Korea, after being awarded a Fulbright.

“There were several people in CLS who had done Fulbright, so it was on my mind. I think of my life as a rock climbing experience and the Fulbright was the next handhold I could see that was in my grasp,” Muscutt said.

Her time in South Korea has helped Muscutt define her next steps. After completing the Fulbright program in 2017, Muscutt hopes to become a military linguist and ultimately go to graduate school.

While Muscutt is planning her future endeavors, she is still appreciative of her time at Carolina.

“I love UNC and I miss the community there. I am so grateful for every aspect of it that allowed me as a first-generation college student to succeed,” Muscutt said. “UNC is a home for everybody. Everybody means something there.”