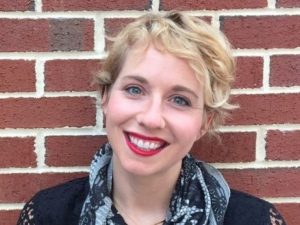 A new study led by researchers at the University of North Carolina at Chapel Hill Gillings School of Global Public Health evaluated the impact of this policy package and found a significant reduction in household purchases of high-in beverages from 2015 to 2017.

“This regulation is different because it is the first to require warning labels about excess levels of nutrients of concern, such as sugar or sodium, on the front of food and beverage packages,” noted first author Lindsey Smith Taillie, an assistant professor of nutrition at the Gillings School. “In addition, the regulation includes the world’s strictest limits on how and where food companies can advertise junk food to children. The reductions we observed in sugary drink purchases were markedly greater than those seen following the implementation of standalone policies — such as a tax on sugar-sweetened beverages — elsewhere in Latin America.”

She added: “At the time this set of laws was implemented, Chile consumed the highest amount of sugar-sweetened beverages globally in per capita terms.”

The warning label component is particularly important because a number of countries have implemented or are considering implementing similar policies. Uruguay, Israel and Peru are currently executing similar policies. Mexico has approved a similar label, Brazil is in a final consultative phase, and a dozen additional countries have proposed bills or similar regulations.

The full paper on these findings, titled “An evaluation of Chile’s Law of Food Labeling and Advertising on sugar-sweetened beverage purchases from 2015 to 2017: A before and after study,” was published online Feb. 11 by the journal Plos Med.

Taillie conducted the research with Barry M. Popkin, W.R. Kenan, Jr. Distinguished Professor of nutrition at the Gillings School, and colleagues from the University of Chile at Santiago and the National Institute of Public Health in Mexico.

Using national data on 2,383 urban households’ food purchases from before and after policy implementation, the research team examined changes in purchases of high-in beverages over two years. They compared observed purchases after implementation with expected purchases had the policy not been implemented, based on pre-policy trends.

The team found that the purchase volume of high-in beverages decreased by 23.7% after the regulation took effect. The largest changes were in the amount of sweetened fruit drinks and sweetened dairy drinks purchased.

“These changes in the purchases of ‘warning label drinks’ incorporate both reductions due to reformulation by the industry (reducing the sugar in products and/or adding nonnutritive sweeteners so the products can have their warning labels removed) and changes in purchasing behaviors,” Popkin noted. “In a related study, we also found that children are now asking their mothers to stop buying beverages with warning labels, so there is great potential for this set of policies to be linked with food norm shifts among young people.”

“What’s amazing about the Chilean regulations is how much they have already influenced international food policy,” Taillie added. “From our work with advocates and policymakers, we know that at least a dozen countries have directly used Chile’s policies and the evaluation results to develop and inform similar policies. We expect that in 5-10 years, much more of the world will look like Chile with regards to putting clearer labeling systems on food and drink packages to tell people which products are unhealthy and cut through the noise created by food marketing.”

Primary funding for this study came from Bloomberg Philanthropies, with added support from the International Development Research Center.