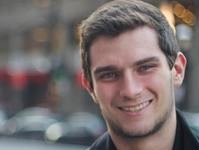 A new study reveals an interesting phenomenon that occurred during the early days of the COVID-19 pandemic: a surge in support for political leaders.

It’s known to happen during war and after a terrorist attack. But for the first time, a health crisis has triggered citizens to rally ‘round the flag and increase government support, according to a  PNAS study led by the department of psychology and neuroscience in the College of Arts & Sciences at the University of North Carolina at Chapel Hill.

Drawing on political science and psychological theories, researchers examined the effect of COVID-19 cases on approval ratings through the first 120 days of 2020. What they found is that as the pandemic got worse, citizens unified around leaders tasked with addressing it.

The United States president had modest gains compared to other world leaders who on average experienced a 14-point swing in approval. U.S. governors saw 15- to 20-point gains.

But will the boost in approval in the early months of the COVID-19 pandemic have an impact on fall elections? Does support cross party lines? And how much did performance matter?

The rally effect has been studied before. What’s different about this study?

Jackson: “One of the most unique aspects of our study is its scope. I’m not aware of many studies that have looked at how the same existential threat affected support for leaders around the world, and none that had as many data points as ours. Most past studies on the rally effect have focused on U.S. presidents, but we were able to test our hypotheses on a global scale and capture fine-grained shifts in public opinion. For example, we find that COVID-19 cases and voter approval rose together over time, rather than one trend notably preceding the other.”

Many political leaders were criticized for their responses to the pandemic. You would think approval would suffer. Does this rally effect happen no matter how well the threat is handled?

Jackson: “Our data suggest that, ironically, people rallied around leaders regardless of how well they handled the pandemic. The U.S. and United Kingdom were both criticized for not testing aggressively in March and April, yet both Donald Trump and Boris Johnson received substantial boosts in approval during the early stages of the pandemic. A supplemental analysis found that neither testing nor flattening the curve influenced the rally effect for U.S. governors. It therefore appears that people often rally around their leaders during times of crisis regardless of whether their leaders are successfully addressing the crisis.”

Jackson: “Yes and no. It does appear that the rally effect cuts across party lines. For example, blue states rallied around Republican governors just as much as they rallied around Democratic governors and vice versa. However, the effect does seem stronger for people who are ideologically aligned with a global leader. We saw this in our analysis of Hong Kong whose leader, Carrie Lam, is conservative. While both liberal and conservative citizens showed increased support for Lam, the effect was stronger for conservatives.”

Is the rally ‘round the flag effect long-lasting?

Jackson: That is the million-dollar question. We analyzed data during the early stages of the pandemic, and so we are not equipped to answer questions about the effect’s endurance. Clearly the effect doesn’t last forever, but its timeline may depend on several factors, including how effectively a leader responded to the pandemic. For example, Australia’s Scott Morrison has enjoyed consistently high approval ratings, perhaps because Australia has been successfully fighting the pandemic. On the other hand, Donald Trump’s approval ratings appear to have dipped as the United States experienced a second wave of cases in July.

What are the voting implications for this effect?

Jackson: “Our research has potential voting implications, as our data suggest that incumbents may be more likely to win elections as a result of COVID-19. We may already be seeing this play out. The recent South Korean election resulted in the largest voter turnout in almost 30 years, with the presiding Democratic Party winning in a landslide. The Iceland incumbent president doubled his popular vote in an election held in June 2020. Even if the effect decreases, it could impact upcoming elections.”

An earlier version of this story is from University Communications.