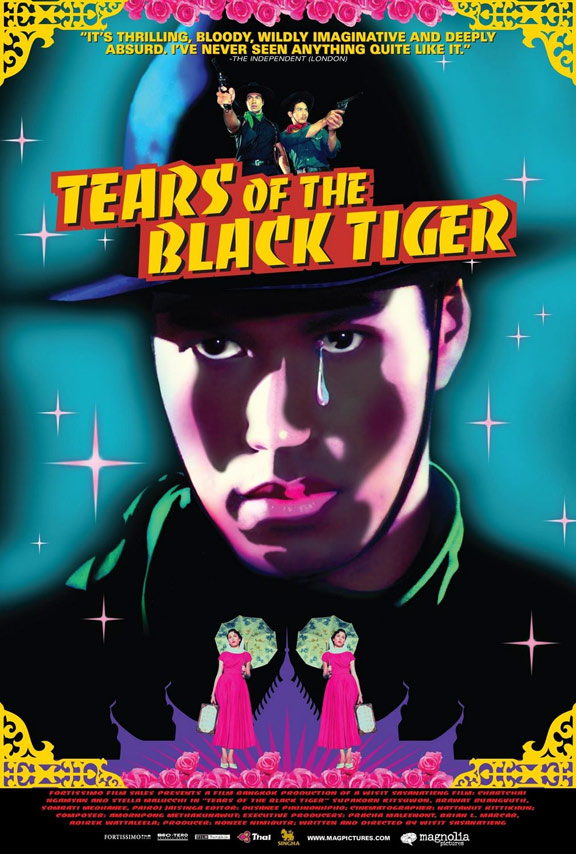 “In the countryside of Thailand, a gang of outlaws makes the region unsafe. Among them is the handsome hero Dum, who became unwillingly involved in the bandit life. Dum made a promise to his upper-crust lover Rumpoey: despite the class difference, they will get married. When the moment of reunion arrives, Dum gets involved in a fire fight and cannot possibly reach Rumpoey in time. She is desperate: her father has married her off to a policeman. The taciturn Dum, called the ‘Black Tiger’ by his co-conspirators, does everything in his power to reach her, but fate gets in the way: his gang leader suspects him of treachery and his blood brother turns into his greatest enemy. Will the two lovers ever meet up? This urgent question propels the melodrama forward, supported by exciting music, spectacular shootouts and heroic duels.” —Anonymous (IMDB)

The Spring 2022 Global Cult Cinema series, co-organized by the Ackland Art Museum and the Film Studies Program in the Department of English and Comparative Literature, is presented in connected with an installation in Ackland Upstairs, the Museum’s second floor gallery featuring short term displays of works being used in conjunction with university classes. This semester, visitors can find examples of posters from the Ackland’s collection on display for Research Methods in Film Studies: Histories of Moviegoing.

*This event was originally posted by the Ackland Art Museum