Home / Europe and the European Union

Wilson Herlong ’14 took this photo of the Astrup Fearnley Museum of Modern Art in Oslo, Norway, while studying abroad at Lund University.

Founded in 1993, the Center for European Studies (CES) advances understanding of the social, political and economic events that shape contemporary Europe. The overarching mandate of the center is to enhance undergraduate and graduate instruction in contemporary European studies, to promote scholarship and training for students and faculty from all disciplines and professional schools, and to stimulate institutional and public awareness of Europe’s economic, cultural, and political importance on campus, in North Carolina, and across the nation. The center has been designated a Jean Monnet Center of Excellence by the European Union and as a National Resource Center and Foreign Language Area Studies Fellowship granting center by the U.S. Department of Education. CES houses the undergraduate major in Contemporary European Studies and the TransAtlantic Masters program.

The “EU in NC” Study Tours are intensive, development experiences for educators from across North Carolina. The tours provide K-12, community college, and HBCU/MSI educators with in-depth knowledge of Europe critical for developing lesson plans and finding resources for teaching about contemporary Europe.
Learn More 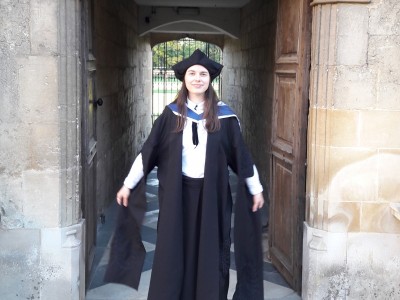 Department of English and Comparative Literature

Department of Germanic and Slavic Languages and Literatures

Global Brexit and the Lost Futures of European Empires Devran Koray Ocal, ‘Like the Father’s Home: The Intimate State of the Turkish-Sunni Diaspora in Germany’ Virtual: Krasno Global Events Series ‘The Future of America as a Global Power: Relations with China, the Middle East, Russia and Europe
More Events

How Koalas with an STD Could Help Humanity, The New York Times His Dengue Project Shut, so this Salvadoran Virologist Tackles COVID-19 Instead, Forbes Some COVID-19 Restrictions Are Being Lifted. But Is it Safe to Travel?, Time
More Media Mentions